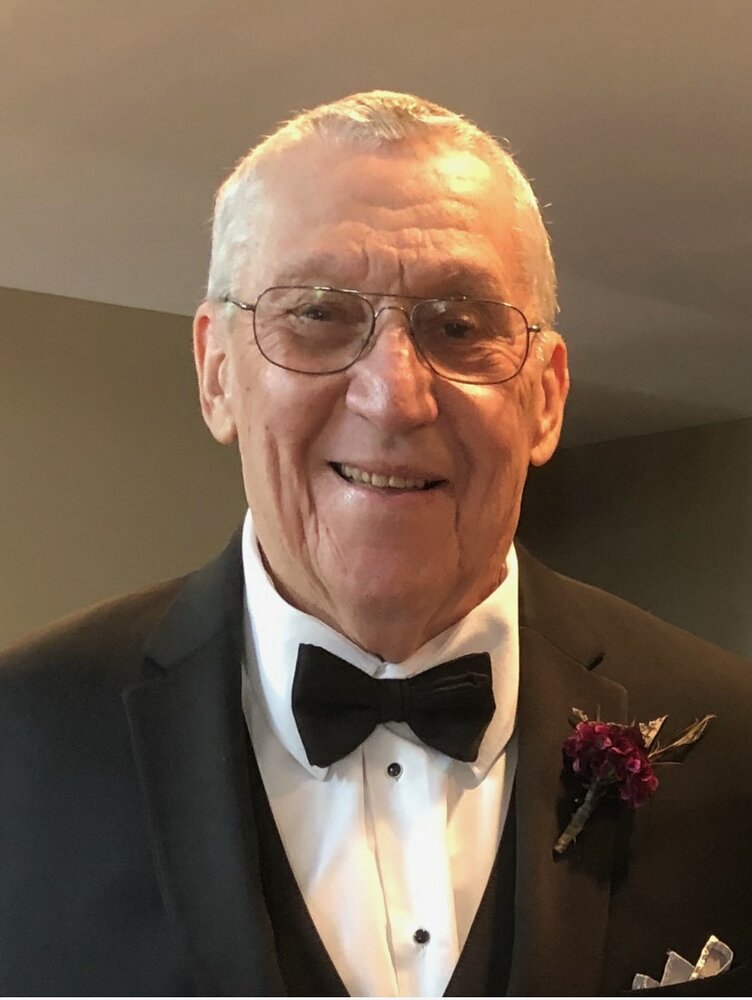 Please share a memory of George to include in a keepsake book for family and friends.
View Tribute Book

George Lengel Jr., 81, passed away peacefully at home in the early hours of Friday, January 6, 2023 after a courageous and hard-fought battle with cancer. While even 81 years doesn't seem like nearly enough, he lived all eight decades with a love of people and dedication to his community. Mr. Lengel was born in Trenton and was the son of the late George Sr. and Irene Borbi Lengel. George grew up in his beloved town, Roebling, NJ, where he lived all his life. After marrying his high school sweetheart, Kathleen, and graduating from Glassboro College in 1964, George became a history teacher for the Florence Township Memorial School District, where he mentored thousands of students for 31 years. Giving back to the town that raised him was one of George's greatest passions. In addition to educating its youth, he was also an enthusiastic basketball coach, served on town council and committees, and was a founding and charter member of the Roebling Museum, serving on their board of directors. He was an expert in all things Roebling, and made sure that everyone he met knew of his pride in his town. He traveled to other cities and spoke of infinite stories, connecting with countless people who became friends. George was the recipient of the Governor's Volunteer award in history in 2005. Along with his wife, Kathleen, he also was the grand marshal of the Florence Township's Patriotic Day Parade in 2017, with the banner still proudly displayed in his garage. George was a man of many hobbies and talents, which included drawing, woodworking, and even earning a black belt in karate. He was a member of St. Mary's Byzantine Romanian Church, and loved spending time with others. Despite all of his other interests, George's favorite role was that of family man. He was married to the love of his life, Kathleen for 57 years, and is survived by her, his loving daughters and sons-in-law Irene and Philip Stockhaus, and Suzanne and James Geraci, his four grandchildren Erin Stockhaus and husband Thomas Caroccia, Kathryn (Geraci) and husband Jeffrey Parany, Kalene Stockhaus and fiancé Alexander Caronna, and Christopher Geraci and girlfriend Anna Kleinschmidt, great grandson Conall George Caroccia, brother-in-law William Hughes and wife Sandra, sister-in-law, Ann Russell, and many cousins including Louis Borbi, nieces, nephews, and dear friends. Funeral services will be held Thursday 10:00 AM at Koschek and Porter Funeral Directors, 1115 Hornberger Avenue, Roebling with Rev. George David officiating. Friends may call Wednesday from 5:00 PM to 8:00 PM and Thursday from 9:00 AM to 10:00 AM at the funeral home. Interment will be in Holy Assumption Cemetery, Roebling. In lieu of flowers, the family requests memorial donations be sent to the Roebling Museum, PO Box 9, Roebling, NJ 08554 or St. Mary's Byzantine Romanian Catholic Church, c/o Betty Bunnick, 5 Nineth Avenue, Roebling, NJ 08554. Condolences may be sent to www.koschekandporterfuneralhome.com

Share Your Memory of
George
Upload Your Memory View All Memories
Be the first to upload a memory!
Share A Memory