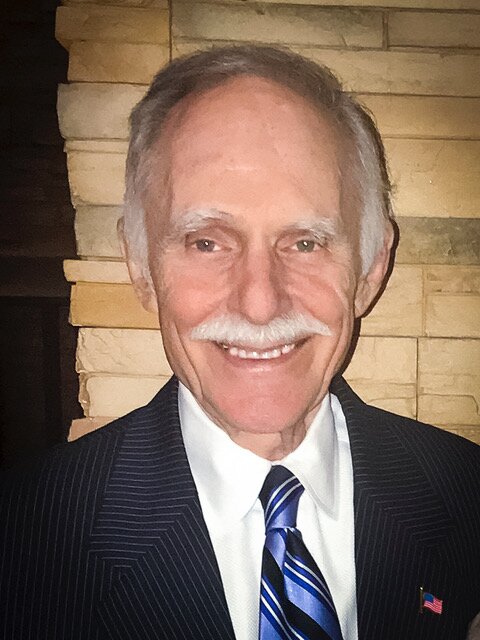 Please share a memory of Benjamin to include in a keepsake book for family and friends.
View Tribute Book

Columbus: Benjamin Harrison "Nick" Freeman II, age 85 of Columbus, New Jersey passed away on Wednesday, October 19, 2022 at home in the company of his loving family. Nick was born October 27, 1936 in West Palm Beach, Florida to the late Abraham Lincoln Freeman and Mary Arline Mulhollen Freeman. Nick grew up on the main line in Philadelphia and spent childhood summers in Sea Isle City, NJ. He served his country with honor in the US Navy and Naval Reserve. He was educated at Friends Central School in Philadelphia and at Penn State University where he met the love of his life, Dorothy LaRue Karwois. In the early '60s he moved to Cherry Hill with his young family where he lived for many years before moving to Homestead at Mansfield five years ago. Nick was president of H. Freeman and Son of Philadelphia, manufacturer of men's suits and was an adjunct professor at Thomas Jefferson University School of Business where he taught The Business of Fashion. Throughout his life, Nick was a vision of the perfect gentleman – impeccably dressed in a tailored suit, fashionable tie and stylish hat. Nick shared his passion for art, travel and fine dining with LaRue. They loved spending time in their favorite city, Paris. He enjoyed tennis, running and surf fishing and together with LaRue, Nick spent many happy hours discovering pieces to add to their collection of art. Nick's Christian faith was central to his life. He served as a Deacon for the First Presbyterian Church in Haddonfield and was a member of the Wesley United Methodist Church in Columbus. He was preceded in death by his parents, his brothers, Alan and Jim and his sister, Arline, as well as LaRue, his wife of 61 years, who passed away last year. He is survived by his children and their spouses, Loni and Marcus Hand, Nicholas and Laurie Freeman, Benjamin Freeman and Sherry Spencer and Danielle and Norman Randall, as well as his beloved grandchildren, Alexandra, Brontë, Nathalie, Harrison and Juliette. Funeral services will be conducted by Pastor Neill Tolboom on Saturday, October 29, 2022, at 11:00 AM at the Wesley United Methodist Church, 24573 East Main Street, Columbus, NJ. Friends may call at the church on Saturday from 9:30 AM until the time of service. Interment will be in Locustwood Memorial Park, Cherry Hill. In lieu of flowers the family requests memorial contributions are made to PEI Kids www.peikids.org   Condolences may be sent to www.koschekandporterfuneralhome.com

Share Your Memory of
Benjamin
Upload Your Memory View All Memories
Be the first to upload a memory!
Share A Memory