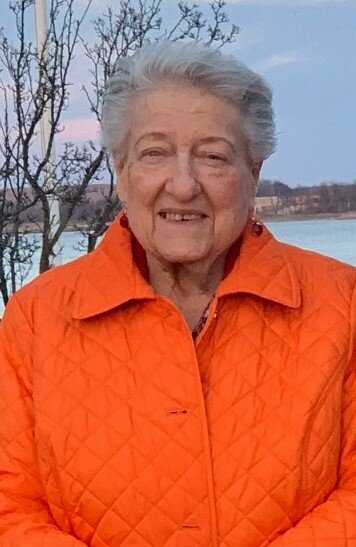 Obituary of Ottavia A. Matyi

Please share a memory of Ottavia to include in a keepsake book for family and friends.
View Tribute Book

Ottavia "Tavy" Ana Matyi, beloved wife, mother, grandmother and friend, passed away at her home in Columbus, New Jersey, on October 8, 2022 at the age of 92 surrounded by her family after a brief illness. She was born in Richmond Memorial Hospital, Staten Island, on July 31, 1930 to Josephine and Vito Antonio Guglielmi, originally of Italy. She was an only child. After graduating from Tottenville High School in June 1948, she completed an executive secretarial course at The Wood School in July 1949 and began working as a legal secretary. She met Frank J. Matyi, of Sewaren, New Jersey in July 1961 and they were married on February 11, 1962 in St. Clare's Church in Great Kills. She took a hiatus from her secretarial position to become a full-time homemaker in 1964. She was famous for her Italian cooking and welcoming nature. She returned to the law firm of Hawkins, Delafield and Wood, New York, New York in 1982 and resumed her position as a legal secretary and billing clerk. She retired in 1995 and moved to Columbus, NJ in 1999. Following retirement, she and her husband traveled to various national parks, such as Mount Rushmore and the Grand Canyon and enjoyed spending time with her grandchildren. She and her husband celebrated their 60th wedding anniversary this past February. She is survived by: her husband; daughter and son-in-law, Anita and Jonathan Bailey of Pasadena, MD; son and daughter-in-law, Anthony and Christine Matyi of Tottenville; four grandchildren, Jesse, Hunter, Shane and Sierra Matyi of Tottenville and nieces, nephews and many devoted friends. A wake will be held on October 13th from 5:00 p.m. to 9:00 p.m. and October 14th from 9:00 a.m. to 10:00 a.m. at Koschek and Porter Funeral Directors, 1115 Hornberger Avenue, Roebling, New Jersey 08554. A Funeral Mass will be held on October 14th at 10:30 a.m. at Holy Assumption Roman Catholic Church, 1290 Hornberger Avenue, Roebling, NJ 08554 followed by her burial at Brigadier General William C. Doyle Veterans Memorial Cemetery, 350 Province Line Road, North Hanover Township, NJ 08562 at 12:30 p.m. Condolences may be sent to www.koschekandporterfuneralhome.com

In lieu of flowers memorial contributions in Ottavia's name may be made to the Moorestown Visiting Nurses Association  www.moorestownvna.org/donate

Share Your Memory of
Ottavia
Upload Your Memory View All Memories
Be the first to upload a memory!
Share A Memory