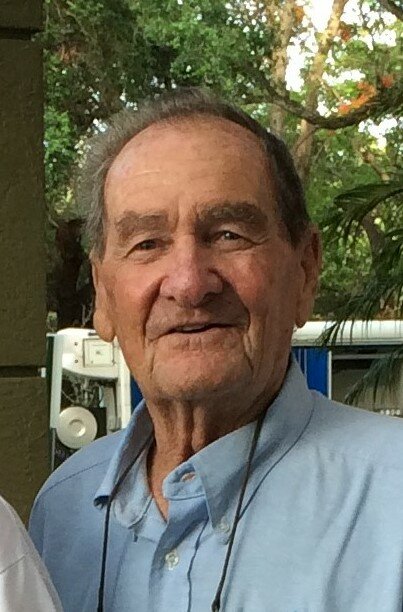 There Is No Visitation

Please share a memory of Edward to include in a keepsake book for family and friends.
View Tribute Book

Hollywood, Florida: Edward F. (Eddie) Wilson passed away Friday, July 8, 2022 in Hollywood, Florida where he called home since 1995. There he worked for 19 years at Pier 66 where he often connected with family and friends. He enjoyed the year-round summer life and became good friends with Dan Sawtell who helped him for many years, especially during COVID. He was preceded in death by his parents, Elvin and Dorothy (Reed) Wilson; his stepson, Dewitt Conover; his sister and brother-in-law, Leatrice and H. Kenneth Wilkie; his brother, Arnold Wilson; his nephew, Gary (Susan) Wilkie and his great niece, Ashton Eva Wilkie. He is survived by his niece and nephews, Pam (Mike) Studney, Doug (Joyce) Wilson, Kenneth (Nancy) Wilkie, Keith Wilkie (Joanne), Jon Wilson, David (Eileen) Wilkie, Arn Wilson, Craig (Tammy) Wilkie, Helen (Christopher) Wilson-Zahorec, cousin Pat Smith and several great nieces, nephews and cousins. Ed loved life and lived it to the fullest. By 1952, before he was drafted in the Army, he had visited Florida and California, worked for RD Wood and Roebling Steel, played football for Rider College and Holy Name. Edward served his Country from 1952-1954 in the US Army where he was a member of the 82nd Airborne Division from Fort Bragg, N.C. and in the Army Reserves until 1960. He was a member of the Francis W. Robbins American Legion Post 194 serving as their Commander in 1958. Mr. Wilson was the proprietor of Ed and Ray's Tavern in Roebling and worked for Yates Industries until 1991. There he developed a lifelong friendship with Jerry Sandusky. Ed went skiing every weekend which included many trips to Vermont. He also enjoyed cruising to Bermuda and the Caribbean. Some of his most pleasurable times were spent traveling, so much that he became a travel agent with Jolie Travel for many years. Graveside services will be 11:00 AM Wednesday, August 10, 2022 at Cedar Hill Cemetery, Florence Township. The family requests, donations in his memory are made to the Francis W. Robbins American Legion Post 194, PO Box 35, Florence, NJ 08518. Condolences may be sent to www.koschekandporterfuneralhome.com

Share Your Memory of
Edward
Upload Your Memory View All Memories
Be the first to upload a memory!
Share A Memory