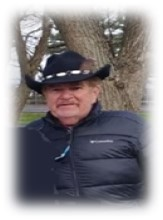 Obituary of Henry A. "Gus" Burmeister

Please share a memory of Henry to include in a keepsake book for family and friends.
View Tribute Book

Florence: Henry Augustus Burmeister, III "Gus" passed away suddenly on Thursday, June 16, 2022. He was born in Trenton, New Jersey to his predeceased parents, Henry Augustus Burmeister Jr. and Elizabeth Walder on July 7, 1946. Gus was a lifelong resident of Florence Township where he attended the Marcella L. Duffy School and the Florence Township Memorial High School, playing football under Coach Papp before graduating in 1964. As a child, Gus enjoyed spending time with his PopPop, friends and many cousins. He especially enjoyed hunting for deer, rabbits and birds with his dad. Gus attended Trenton Technical Academy where he became a draftsman before obtaining his Associate's Degree in Psychology from Bucks County Community College. While attending Bucks, he was president of the Ski Club and enjoyed many skiing trips with his friends. In the summer of 1968, Gus met the love of his life, Lois and married her on November 15, 1969. They honeymooned in Puerto Rico; this was just the beginning of their many travels. Together, he and his wife left home for 3 months and backpacked through Europe covering 14 countries which included Germany, Scotland and Greece. In 1972, Gus started "Burmeister's Painting" and worked as a painting contractor until his retirement in 2015. On Father's Day, 1975, Gus became a father for the first time. In 1977, he and his family settled down in Florence Township in their "forever" home that he proudly refinished over the years. Gus enjoyed family camping trips to Assateague and Niagara Falls as well as yearly vacations in Ocean City, NJ. He was an assistant coach for the Little League, Babe Ruth, and softball leagues and was a huge fan of the Florence Flashes Football team and the Florence Township Memorial High School Marching Band. He was also a great supporter of Lafayette Football and perhaps his son's biggest fan. Gus enjoyed teaching his children (and grandchildren) to hunt, fish, and woodwork. Hunting was paramount in Gus' life. He enjoyed many hunts with his son, grandson and hunting buddies. Gus also went on bear and moose hunts in Quebec and Alberta and other hunts for deer, wild boar, elk, turkey and more in Texas, as well as his seasonal hunts in Pennsylvania and New Jersey. One of his happiest hunting moments was when he got his Pope and Young bear in Canada. Gus was a wonderful Papa to his grandchildren loving every moment he spent with them. He especially loved having them all together on Christmas and Easter each year, hosting the most exciting egg hunts for his grandchildren and loved putting smiles on their faces. Once a Papa, he became his grandchildren's biggest fans (and sometimes coaches) in soccer, baseball, softball, lacrosse, karate, gymnastics, football, dance recitals and plays. He was such a creative man and spent time on many sentimental projects with his grandsons. One of his most cherished, yet exhausting trips was his first and only trip to Disney with his wife, daughter and grandsons. Gus enjoyed kayaking with his wife and family and was a big part of the Delaware River Sojourn. Over the years, Gus was a member of the townships' "Men's Club" (even president a few years), Flashes Pit Club, the Band Boosters Association, NRA, Ready Aim Fire and a lifetime member the Garden State Archery Club. He was a regular attendee of the Columbus Baptist Church. Over the last several years, he worked for Florence Township as a crossing guard. Gus enjoyed traveling with his wife and looked forward to all their trips together. Over the years, they made numerous trips to Alaska (including the Iditarod), Nova Scotia, Newfoundland and most recently the Midwest (including 7 states). He was really looking forward to their upcoming trip to Iceland this August. Gus will always be remembered as a funny, caring, family man with all the laughs. He was preceded in death by his parents and brother, David B. Burmeister. Gus is survived by his loving wife of 52 years, Lois (Janka), his beloved children and their spouses, Henry Augustus Burmeister IV (Amy), Rachel Burmeister (Anthony Blacker), his cherished grandchildren, Gavin Wolf, Noah Burmeister, Ally Burmeister, Rogan Wolf, Garrison Wolf, Hannah Burmeister, Luciana Blacker and many nieces and nephews. Funeral services will be 11:00 AM Thursday, June 23, 2022 at Koschek and Porter Funeral Directors, 1115 Hornberger Avenue, Roebling. Friends may call Thursday from 9:00 AM until the time of service at the funeral home. Interment will be in Cedar Hill Cemetery, Florence. In lieu of flowers, contributions can be made to the Food Bank of South Jersey  https://foodbanksj.org

Condolences may be sent to www.koschekandporterfuneralhome.com

Share Your Memory of
Henry
Upload Your Memory View All Memories
Be the first to upload a memory!
Share A Memory