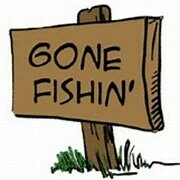 There Is No Visitation

Please share a memory of Edward to include in a keepsake book for family and friends.
View Tribute Book

Florence: Edward J. Panaro, age 87 of Florence, New Jersey departed this life on Monday, June 13, 2022 at his home in the company of his loving wife and family. Mr. Panaro was born in Florence to the late Michael and Nellie Cowan Panaro. He was proud to call Florence his home lifelong. Edward served his country with honor in the U S Navy during the Korean War. He was an avid saltwater and freshwater fisherman who always found time in his day to enjoy the "Big Catch". Edward will be affectionately celebrated as a loving husband, father, pop pop, grandpop, brother and uncle. Beside his parents, he was preceded in death by his siblings, Daniel, Robert, Alvin, David, Helen and Lois and is survived by his loving wife of 68 years, Janet E. Logan Panaro, his children and their spouses, Deborah Panaro, Mark and Margaret Panaro and Glenn and Susan Panaro, 4 grandchildren, 4 great grandchildren, sister, Betty Jean Perino, brother-in-law, William Logan and many nieces and nephews. Funeral services and final disposition will be held privately. There is no visitation. The family requests memorial contributions are made to Samaritan Hospice, Samaritan Gift Processing Center, PO Box 71425, Philadelphia, PA 19176. Condolences may be sent to www.koschekandporterfuneralhome.com

Share Your Memory of
Edward
Upload Your Memory View All Memories
Be the first to upload a memory!
Share A Memory