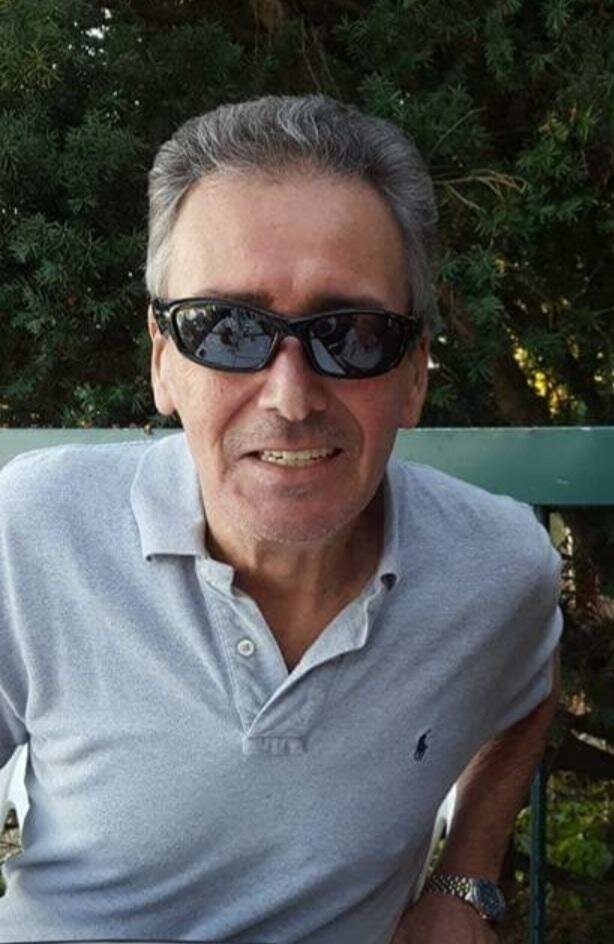 Please share a memory of David to include in a keepsake book for family and friends.
View Tribute Book

Burlington: David "Dave" "Unk" John de la Parra Jr., age 71 of Burlington, New Jersey departed this life on Monday, September 6, 2021 in the company of his son, daughter-in-law and friends. Mr. de la Parra was born in Philadelphia to the late David J. de la Parra Sr. and Dorothy Robson de la Parra. David called Burlington his home for most of his life. He began his career with Delaval and was a loyal employee of their successors for more than 40 years. Dave will be affectionately remembered for his jovial personality and amusing expressions. He embraced his Vermont ski adventures, his trips to the beach on LBI and always saved room in his heart for his cherished pets. David's greatest joy in life was sharing his love with his family and friends. In addition to his parents he was predeceased by his wife, Sharon A. Ford de la Parra, sister, Grace Borkowski de la Parra and niece, Nicole Reyher. He is survived by his son and daughter-in-law, Dave "DJ" and Lauren, his granddaughter, Tadi, his siblings and their spouses, Robert de la Parra, Jack and Donna de la Parra, Louis and Thu de la Parra, Dorothy and Darrell Hammett, his sister-in-law, Barbara de la Parra, many wonderful nieces and nephews, very good friends, Karla Beden, Dave and Lisa Mount and Ed Reyher, as well as many others that were very dear to him. Funeral services will be Saturday 10:00 AM at Koschek and Porter Funeral Directors, 1115 Hornberger Avenue, Roebling. Friends may call Friday from 6:00 PM to 8:00 PM and Saturday from 9:00 AM to 10:00 AM at the funeral home. Interment will be in Holy Assumption Cemetery, Roebling. In lieu of flowers, the family requests memorial donations be made to the Burlington County Animal Shelter, 35 Academy Dr., Westampton, NJ 08060 or the Cancer Research Institute at cancerresearch.org  Condolences may be sent to www.koschekandporterfuneralhome.com

Share Your Memory of
David
Upload Your Memory View All Memories
Be the first to upload a memory!
Share A Memory