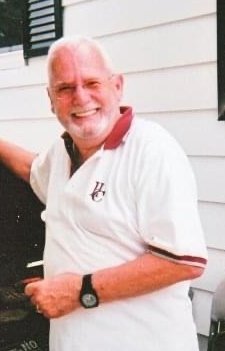 Final Disposition Will Be Private

Please share a memory of Robert to include in a keepsake book for family and friends.
View Tribute Book

Roebling: Robert J. "Bob" Lane, age 80 of Roebling, New Jersey passed away Friday, August 6, 2021 at his home. Mr. Lane was born in Trenton and was the son of the late Bertha "Bert" Kocsis Ryan and Tom Ryan. Bob affectionately called Roebling his home for most of his life. He served his country with honor in the in the US Marine Corps during the Vietnam War. Robert was a 1959 graduate of Florence Township Memorial High School. Some of Bob's most cherished times were spent enjoying the view of the waterfront and camaraderie of his buddies at the Florence dock and savoring a good cigar. Mr. Lane was a member of the Willitts Hogan Tonne American Legion Post 39, Roebling and the Opre Larson VFW Post 8838, Roebling. He is survived by his wife of 38 years, Carol Centanzo Lane, his children and their spouses, Kellie and David Uber, Elizabeth Lane, and Rob and Becky Lane, his grandchildren, Lindsay, Ryan, Jackson, Connor, and Nora. Bob's relatives and friends are invited to meet at the church for a Mass of Christian Burial 10:30 AM on Friday, August 20, 2021 in Holy Assumption Church, 1290 Hornberger Avenue, Roebling, New Jersey 08554. There will be no calling hours. Final disposition will be held privately in Brigadier General William C. Doyle Veterans Memorial Cemetery, North Hanover Township. In lieu of flowers, the family requests memorial contributions be made to the Roebling Museum, 100 Second Avenue, Roebling, New Jersey 08554  https://www.roeblingmuseum.org/donate-2021 or the Marine Corps Museum, 18900 Jefferson Davis Highway, Triangle, Virginia 22172. Condolences may be sent to www.koschekandporterfuneralhome.com

Share Your Memory of
Robert
Upload Your Memory View All Memories
Be the first to upload a memory!
Share A Memory