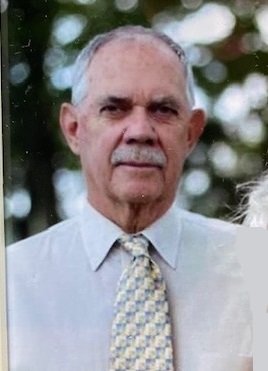 Please share a memory of Robert to include in a keepsake book for family and friends.
View Tribute Book

Florence Township: Robert C. "Bob" Bunting, age 75 of Florence Township, New Jersey and Naples, Florida passed away Friday, August 6, 2021 at his home. Mr. Bunting was born in Mount Holly and was the son of the late Wilbur and Louise Hager Bunting. Bob resided in Florence Township most of his life and after his retirement spent most of the year in Naples, Florida. He also enjoyed vacations with his family at their summer cabin in Weld, Maine. He retired from the New Jersey State Police in West Trenton with the rank of Detective Sergeant First Class after 20 years of honorable service. After his retirement from the New Jersey State Police, Robert was employed by the State of New Jersey Department of Criminal Justice Insurance Fraud Division for 22 years. Bob continued working during his retirement in Florida as a VIP driver for Naples Transportation and Tours. Bob will be affectionately remembered for his devotion to his family, commitment to his career and loyal and true to his friendships. He was an accomplished softball player and member of various teams both in New Jersey and Florida. In addition to supporting his fellow teammates, some of his most pleasurable times were spent with his family, boating, skiing and tending to his vegetable garden. Mr. Bunting was a member of the Providence Presbyterian Church, Bustleton, BPOE 2085, Bordentown, NJSP NCO Association and the NJSP FTA Association. Besides his parents, he was predeceased by his siblings, Shreve, Larry and Wayne. He is survived by his wife of 54 years, Barbara A. Cesaretti Bunting, his children and a spouse, Nancy and Patrick Balunis, Kerry Gilbert and Lisa Gerstenacker, grandchildren, Anthony Gilbert, Samantha Gerstenacker, Loren Balunis and Rachel Balunis, brother-in-law, David Cesaretti and several nieces, nephews and cousins. Funeral services will be 10:00 AM Friday at Koschek and Porter Funeral Directors, 1115 Hornberger Avenue, Roebling with Rev. Charles A. Cesaretti Jr. officiating. Friends may call Thursday from 5:00 PM to 8:00 PM at the funeral home. Interment will be in Columbus Cemetery. In lieu of flowers, the family requests memorial donations be made to the Providence Presbyterian Church, 2087 Old York Road, Burlington, New Jersey 08016. Condolences may be sent to www.koschekandporterfuneralhome.com

Share Your Memory of
Robert
Upload Your Memory View All Memories
Be the first to upload a memory!
Share A Memory