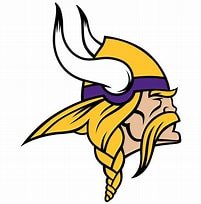 All Services Are Private

Roebling: James M. "Timba" Darvas, age 69 of Roebling, New Jersey, departed this life on Saturday, June 26, 2021. Mr. Darvas was born in Trenton and was the son of the late Joseph J. and Julia E. Varga Darvas. Jim resided in Roebling for most of his life. He retired from the Florence Township Department of Public Works after 25 years of faithful service as a sanitation worker. Jim was a 1970 graduate of Florence Township Memorial High School and remained a supporter of the Flashes sports teams. In addition to his high school alma mater sports interest, he was a staunch Minnesota Vikings football enthusiast. Beside his parents, he was predeceased by his brother Joseph Darvas and is survived by his siblings, Joan M. Cawley, Jerry R. and Joann Darvas and John H. Darvas, nephews, Donald, Edward, Kevin and Jason, his cousins and many friends at the former Burlington Diner. Funeral services and final disposition will be held privately. There are no calling hours. In lieu of flowers the family requests memorial contributions be made to the Roebling Museum, 100 second Avenue, Roebling, NJ 08554. Condolences may be sent to www.koschekandporterfuneralhome.com

Share Your Memory of
James
Upload Your Memory View All Memories
Be the first to upload a memory!
Share A Memory