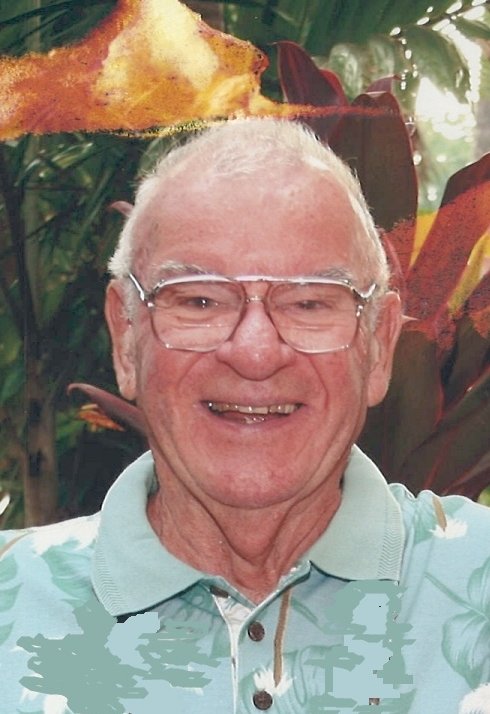 Please share a memory of John to include in a keepsake book for family and friends.
View Tribute Book

John Krivacs, 95 of Largo, FL died February 14, 2021 at home. John, son of Peter and Rosalia Krivacs, was born and raised in Roebling, NJ. He attended Roebling Grammar School and Florence Township High School. He was proud of his hometown of Roebling and his Hungarian heritage. At the age of 17, he enlisted in the US Navy and proudly served his country in World War II. After the war, he seized the opportunity to pursue a college education courtesy of the GI Bill. Recognizing the benefits of an education, he decided to make a career of it. He earned a bachelor's degree and master's degree in education from Indiana University in Bloomington, IN. There he was a member of the Sigma Chi Fraternity. He advanced from High School teaching and coaching (football and basketball) to High School administration to College administration. Ultimately, he was appointed Director of Admissions at IUPUI-Indianapolis at its founding in 1969. He served this role until retirement in 1991. John was a proud Indiana University Alumni. He loved and followed IU football and basketball. After retiring, John and his wife Edna moved to Heritage Springs in Trinity, FL. They had many wonderful friends there. When John turned 90 he moved to Regal Palms in Largo, FL. In Largo, he was closer to family. He loved living at Regal Palms. He loved EVERYONE there. He was a teacher, coach, high school administrator, college administrator, loving husband, father, grandfather, and great grandfather. He was predeceased by his wife Edna Krivacs. Surviving are his children: a daughter Jan Wells (Ed) of Indian Rocks Beach, FL ; three sons, John Krivacs, Jim Krivacs (Victoria) of Clearwater, FL and Jeff Krivacs (Jane) of Fort Wayne, IN. John had 6 grandchildren, 8 great grandchildren and many nieces and nephews. He was predeceased by his sisters, Margaret LaPaglia and Rose Kovechi. Burial was held in Holy Assumption Cemetery, Roebling. No memorial service is planned at this time due to the pandemic. Memorial contributions may be made to the Roebling Museum, PO Box 9, Roebling, NJ 08554 or via their website https://www.roeblingmuseum.org  Donations may also be made to https://suncoasthospicefoundation.org/donations/ or make your check payable to: Suncoast Hospice Foundation, 5771 Roosevelt Blvd., Clearwater, FL 33760.

To plant a beautiful memorial tree in memory of John Krivacs, please visit our Tree Store

There Are No Funeral Services Or Visitation Scheduled At This Time

Look inside to read what others have shared
Family and friends are coming together online to create a special keepsake. Every memory left on the online obituary will be automatically included in this book.
View Tribute Book
Share Your Memory of
John
Upload Your Memory View All Memories
Be the first to upload a memory!
Share A Memory
Plant a Tree