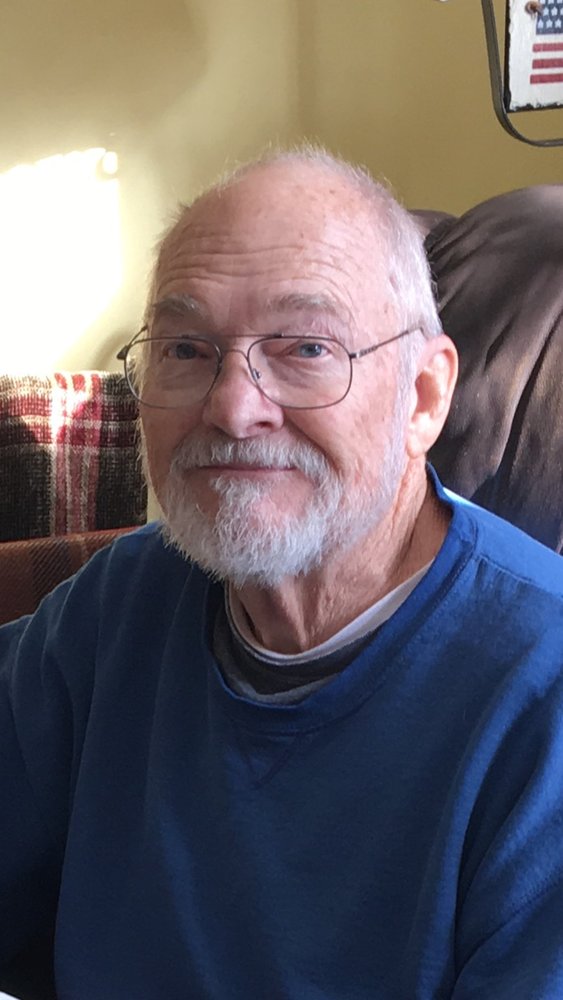 Please share a memory of Edwin to include in a keepsake book for family and friends.
View Tribute Book

Roebling: Edwin Robert Weeks of Roebling, NJ passed peacefully this past Wednesday, March 3, 2021 at the age of 83. Born in Trenton, NJ in 1937, he was the son of Gyorgy Vig Weeks, and Leona Lena Kardos. Ed as he was known, grew up in Trenton and spent some time on a family farm in Plainsboro, NJ. Ed also learned to read music and play the tuba during his childhood. Following his schooling, Ed spent his career as an engineer working the rails at US Steel for 32 years and later worked at the Princeton Theological Seminary for 8 years and for N.A.D.E. auto auction for 11 years. Ed met his wife Kathy at a bowling alley and they were married on September 29, 1962. They were both lifelong residents of Roebling, NJ and spent the last 15 years residing with their daughter Kim and her husband Mickey. A devout Catholic, Ed was a long-time member of the local Knights of Columbus and spent many Thanksgivings and holidays at Holy Assumption Church, preparing meals for the needy. Among his many hobbies were gardening, boating, fishing, camping, doing crossword puzzles, playing the slots in Atlantic City, and making Hungarian pastries and perogies for the holidays with his family. Ed was also known as everyone's favorite Santa. He served as the Florence Township Santa for over 35 years, visiting children throughout the community each year at many town functions and parades, as well as at two area hospitals, bringing joy to many families. After retiring, Ed and Kathy spent time traveling the Country (along with his favorite stuffed traveling companion George Jetson) sightseeing across the USA and visiting relatives near and far. He also enjoyed watching the Philadelphia Phillies and attending NASCAR races, as well as being an avid fan and supporter of the Florence Flashes sports teams. But most of all, Ed enjoyed the time he spent at one of his favorite places, Shellbay Campground where he raised his children and got to see many of his grandchildren grow up. Ed was known for his "walks and talks" around the campground and spent many years enjoying the peace and tranquility of being in the woods while visiting neighboring campers. A loving husband and father, he is survived by his wife of 58 years, Kathleen Eileen Weeks nee Kownacki, and his 5 children, daughter, Judy and her husband Paul Mack of Lakeland Florida, daughter, Kim and her husband Mickey Muchowski of Roebling NJ, son, Edwin Weeks Jr. of Haddon Township NJ, and twin children, son, Keith Weeks of Florence NJ, and daughter, Kathy and her husband Michael Todd of Roebling NJ. Affectionately known as Pop, he is also survived by 5 grandchildren, Sarah Cornely, daughter of Kim and Mickey and her husband Bill, Corrine Weeks, daughter of Edwin Jr., Michael Muchowski, son of Kim and Mickey, Julienne Nicklas, daughter of Judy and Paul, and her husband Levi, and Abigail Todd, daughter of Kathy and Michael. Pop was also blessed with one great grandchild, Caroline Mae Cornely, daughter of Sarah and Bill. Caroline brought her Pop Pop amazing joy and he would light up the minute she walked in the room. The family is expecting two additional great grandchildren to be born this summer to Sarah and Bill and Julienne and Levi. Funeral services and burial in Holy Assumption Cemetery will be private. There are no calling hours. The family requests memorial contributions be made to St. Jude Children's Research Hospital, 501 St. Jude Place Memphis, TN 38105 or the Florence Township Fire Department EMS Division, 401 Firehouse Lane, Florence, NJ 08518. Condolences may be sent to www.koschekandporterfuneralhome.com

To plant a beautiful memorial tree in memory of Edwin Weeks, please visit our Tree Store

Funeral Services And Burial Are Private

Look inside to read what others have shared
Family and friends are coming together online to create a special keepsake. Every memory left on the online obituary will be automatically included in this book.
View Tribute Book
Share Your Memory of
Edwin
Upload Your Memory View All Memories
Be the first to upload a memory!
Share A Memory
Plant a Tree