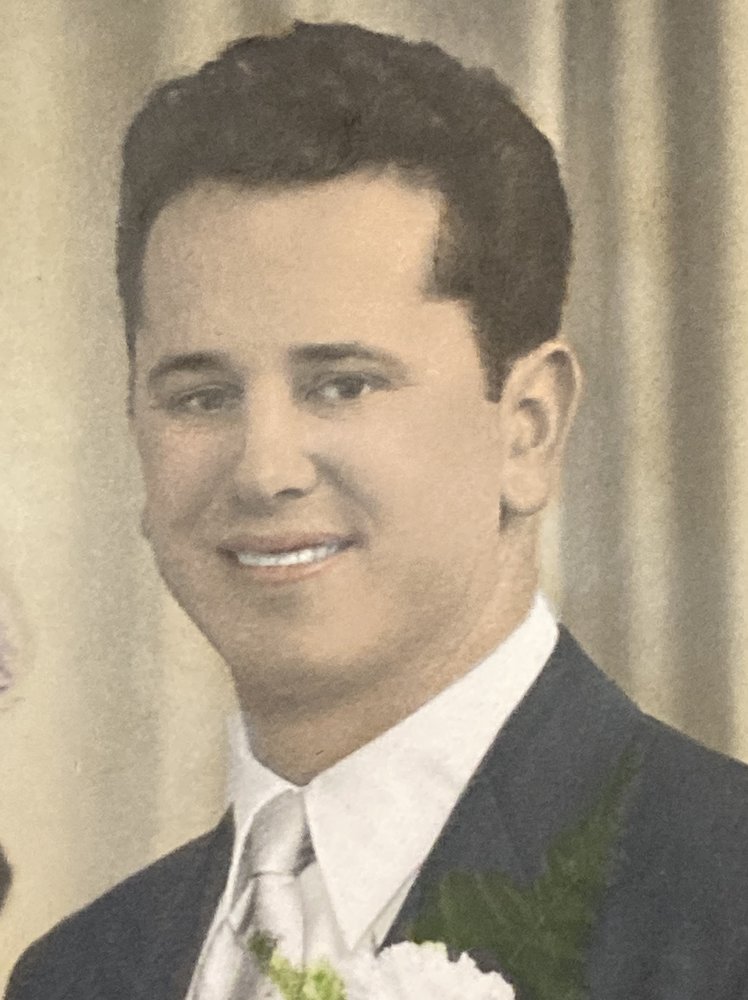 Please share a memory of Felix to include in a keepsake book for family and friends.
View Tribute Book

Felix Joseph Stone was born in 1924 to Felix A. and Tillie Stone, younger brother of Frank and Gilbert, Felix lived his entire life in Roebling, NJ. Felix passed away at the age 97 in Princeton, NJ on February 18, 2021.

After a childhood living in the row homes of Roebling's mill town and graduating from Bordentown HS, Felix joined the Navy at the age of 18, a few months after the attack on Pearl Harbor. He served as a midshipman on the William R. Davy, a merchant marine vessel in the Atlantic theater in 1943, then transferred to Naval Air Alameda (near San Francisco) to serve as a parachute rigger until the end of the war. Always connected to home, he made many cross country trips to visit his family while in the service, including by cargo plane and hitch hiking. Upon returning home to Roebling in 1946, "Phil" (as he was known) took many jobs, including working a bulldozer for the construction of the original Levittown in PA, furrier for Kudra's in Trenton, bartender for the Trenton County Club, and short order cook for a restaurant in Morrisville, PA (now called Antonio's).

He was also athletically inclined, winning a county championship while playing as a split end and for the Roebling Blue Centers, a semi-pro football team in 1946.

Wanting to go into business for himself, Felix purchased a plot of land at Sixth and Hornberger in 1951 — adjacent to his mother's home — and built and opened a Steakhouse in the 1950's to serve lunch to Roebling's mill workers. Note that these were not cheesesteaks, the only option: with or without onions! Always maintaining a healthy appetite, for the remainder of his life Felix always made sure no cheese would interfere with his steak sandwiches.

Felix married fellow Roebling resident, Yolanda Cepreghy on February 27, 1954, the sister of his brother's wife. Son Randall was born soon after in 1955. Seeking security, Felix closed up the steak shop, rented out the building and joined the NJ Turnpike authority in 1957, while also starting a decade-long project to singlehandedly design and build a complex on 6th and Hornberger that would eventually include a laundromat and three apartments. Son Glenn was born in 1967, and soon after the family moved into one of the apartments of the structure that Felix had just constructed. At full capacity during the 1970's, Felix and Yolanda managed a coin-operated laundromat, rented space to Lamson's Flower Shop and had three apartments. In his leisure time, "Phil" enjoyed traveling. His favorite was Caribbean cruises, of which he took more than 50 over the years. After retiring from the Turnpike after nearly thirty years in 1986, Felix reconfigured one of the apartments as a workshop and helped his brother Gibby's business with assembly and delivery of steel pumps, while converting the laundromat into an office.

Despite his eclectic life, many travels, and driven work ethic, Felix was always dedicated to his family, encouraging his sons' sporting endeavors and spending time with his grandchildren Lesley and Justin. Felix was proud of his time in the Navy (always sporting his WWII NAVY cap in his later years) but considered his crowning achievement to be the construction of the complex on Hornberger Avenue, where he and Yola resided for the past 53 years... a fitting legacy for life well-lived.

To plant a beautiful memorial tree in memory of Felix Stone, please visit our Tree Store

Look inside to read what others have shared
Family and friends are coming together online to create a special keepsake. Every memory left on the online obituary will be automatically included in this book.
View Tribute Book
Share Your Memory of
Felix
Upload Your Memory View All Memories
Be the first to upload a memory!
Share A Memory
Plant a Tree