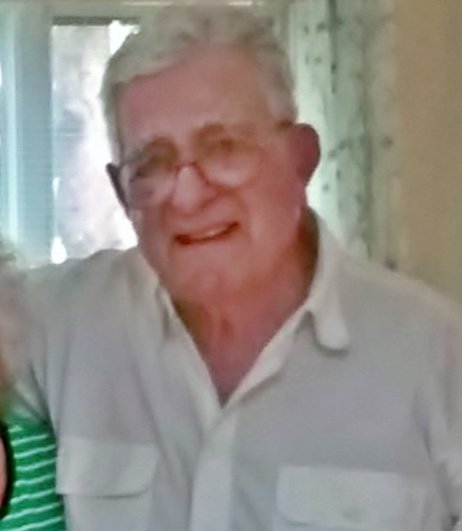 Please share a memory of Salvatore to include in a keepsake book for family and friends.
View Tribute Book

Columbus: Salvatore S. "Sal" Engarto, age 88 of Columbus, New Jersey departed this life Saturday, February 6, 2021. Mr. Engarto was born in Plainfield and was the son of the late Vitaliano and Angela Marie Santonastasso Ingerto. He called Columbus his home for the last 50 years. Salvatore served his country with honor in the US Air Force during the Korean and Vietnam Wars retiring with 20 years of distinguished service. After Salvatore's military career he was employed by PSE&G for 20 years before his retirement. Sal was a gifted craftsman. His talents were exemplified by his woodworking and mechanical skills and his awesome culinary expertise. Some of Sal's most pleasant times included sail boating, stargazing, restoring English sports cars and spending time with his daughter Sheila's dogs. However, his most genuine passion was being a dad to his children. He will be affectionately remembered as a generous and caring man with the ability to appreciate humor and enjoyment with his family and friends. Beside his parents he was predeceased by his wife, Diane J. Conti Engarto who passed away in 2013 and his seven siblings. He is survived by his children and their spouses, Sheila A. Davis and Ron Micciulla and Edward and Michelle Engarto, grandchildren, Jacob Davis and Alexander Engarto, his extended family, Norah, Kevin, Patrick, Madeline and Kate and special friends, Lester, Reno and Carol. Funeral services and inurnment will be held Thursday, April 16, 2021 at 2:00 PM in Brigadier General Wm. C. Doyle Veterans Memorial Cemetery, North Hanover Township. There will be no visitation. Condolences may be sent to www.koschekandporterfuneralhome.com

To plant a beautiful memorial tree in memory of Salvatore Engarto, please visit our Tree Store

Facial Coverings Are Required At The Cemetery

Look inside to read what others have shared
Family and friends are coming together online to create a special keepsake. Every memory left on the online obituary will be automatically included in this book.
View Tribute Book
Share Your Memory of
Salvatore
Upload Your Memory View All Memories
Be the first to upload a memory!
Share A Memory
Plant a Tree