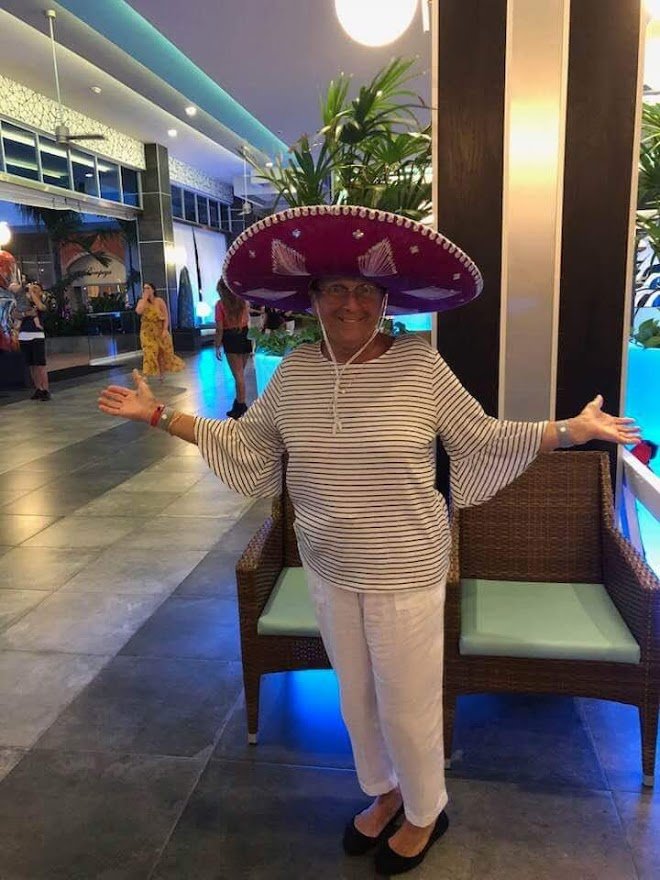 Plant a tree in memory of Barbara

10 trees were planted in memory of
Barbara A. Marshall

Barb, you where my TREE OF LIFE! Plant a Tree
Please wait
T
5 trees were planted in memory of Barbara Marshall

5 trees were planted in memory of
Barbara A. Marshall

With heartfelt condolences, Plant a Tree
Please wait
T
A tree was planted in memory of Barbara Marshall

This is a tree donated by Valerie Sweeney in Barbara's memory. Plant a Tree
Please wait
N
Nicole Gleisner posted a condolence
I wanted to share what the NJDEP wrote about my mom. It was beautiful and a fitting tribute to the person she was: Remembering Our Colleague: Barbara A. Marshall A jewel. Such a shining light. A sweet person who left this Earth too soon. One of those people who could always put a smile on my face. The world was a better place for having her in it. Those are just a few of the sentiments DEP employees are sharing this week as they lovingly remember treasured longtime colleague, Barbara A. Marshall, who died Oct. 11, following more than three decades of outstanding service to the people of New Jersey. Colleagues’ heartfelt sympathy is with Barbara’s beloved daughter, Nicole Gleisner, a well-known and highly regarded member of the DEP’s Division of Information Technology. Throughout her career, Barbara earned respect, affection and admiration for her exceptional work ethic, her positive approach to any difficult challenge and her gift for bringing joy to others. Barbara loved to travel, and it is no wonder that her favorite destination was Walt Disney World, the “Most Magical Place on Earth.” A Florence Township resident, Barbara served the DEP with distinction after joining the agency in 1986, and she made countless friends along the way. Most of her tenure was spent in the Office of the Commissioner as a skilled and highly valued member of a team responsible for handling constituent relations. Most recently, Barbara worked in the DEP’s Blue Acres Program, which she joined in 2013 just a year after retiring. “She was kind, considerate, feisty and had an incredible work ethic. She loved staying busy. She truly believed in the work we do to help families in need, and she always volunteered to help in any way she could. She will be deeply missed,” said Fawn McGee, Director of the DEP’s Blue Acres Program and Bureau Chief of State Land Acquisition, Green Acres Program. During her years in the Office of the Commissioner, Barbara gracefully juggled a mountain of critical tasks that required painstaking attention to detail, particularly important executive correspondence that included referrals from the public and various other constituencies as well as congratulatory letters and notes of thanks. She often interacted with the Governor’s Office while handling requests for gubernatorial proclamations. “She was a jewel,” said DEP colleague Monica Gaines who worked closely with Barbara for many years in the Office of the Commissioner. “She was constantly on the go. Whenever the Commissioner’s Office needed something, she was there to help.” DEP colleague Vannessa Quant had similar recollections of Barbara’s considerable contributions to the agency’s success: Barbara unfailingly demonstrated her meticulous approach to her work in planning and executing an annual event to honor winners of the Governor’s Environmental Excellence Awards. From tracking invitations and RSVPs to ordering the food, Barbara ensured the celebrations went off without a hitch. Indeed, Barbara’s penchant for parties – both planning them and enjoying them – earned her recognition as the “go-to” person for holiday celebrations and other special occasions. Monica Gaines recalled that Barbara successfully presided over details for especially memorable holiday luncheons that filled the Commissioner’s Office suite on the 7th floor with tables of delectable entrees and desserts that colleagues generously contributed. A favorite treat was Barbara’s signature chilled shrimp dip that she served on crackers. “It was so delicious. I still have the recipe. It makes me hungry just thinking about it,” Monica said. “She was just an awesome person. If she was close with someone, she had little nicknames for them. She called me ‘Mon.’ I can still hear her voice now. Even when she was in Blue Acres, she would still come to visit. She would just pop in and say ‘hey, Mon.’ And I would always get up from my desk and hug her. Barbara made a special connection with a lot of people,” Monica said.
Please wait
Share Comment
T
A tree was planted in memory of Barbara Marshall

Our thoughts and prayers are with Barbara's family and loved ones. With deepest sympathy. From the Burlington County Finance Family Plant a Tree
Please wait
M
Maria Neus posted a condolence
My sister was my heart and soul. I don’t know how I will continue to me without her. I know the tears will stop and the heartache lesson but the need to hold and call her will never stop. I MISS HER SO SO MUCH! MY HEART IS BROKEN AND WILL NEVER BE THE SAME WITHOUT MY BEAUTIFUL SISTER BARBARA!I love you so so much
Please wait
Share Comment 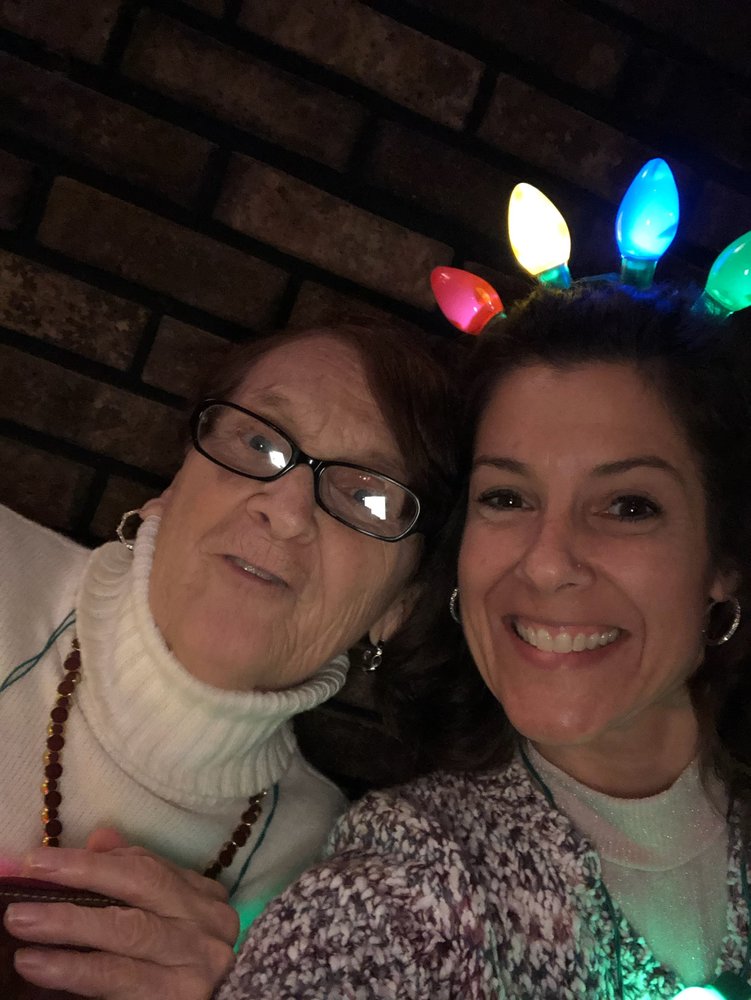 A beautiful picture of my Mom and my gorgeous cousin Diane Krause. This was at Christmas 2019.
Please wait
Share Comment
T
Terry Caruso posted a condolence
My condolences to the family on Barbara's passing. I worked with her at the Green Acres Program. She was a joy to be around. Always smiling and always stopping to say hello. Barbara would go out of her way to help out anyone in need. I am sure she was a wonderful, sister, wife, mother and grandmother. Barbara certainly made the world a better place and it was an honor to know her. She is now with God. May she rest in Peace. Sincerely, Terry Caruso
Please wait
Share Comment
N
Nancy Lawrence posted a condolence
So very sad to hear of Barbara's passing. While I never worked directly, we volunteered together years ago on the Take Your Child to Work day. How could anyone at DEP not know her! So full of life and fun and smiles, she was everywhere and brought her positivity with her. I pray for you, her family and friends, that mourn her passing. Know she is certainly resting in Heaven. And to those who have shared pictures, Thank You!
Please wait
Share Comment
S
Sandy Marshall Blair uploaded photo(s) 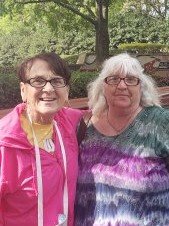 Aunt Barb and I reconnected at EPCOT in March. I will always be grateful for that short time together. I will never forget her smile. Loving light and healing prayers for all who love her.
Please wait
Share Comment
S
Samantha Gleisner uploaded photo(s) 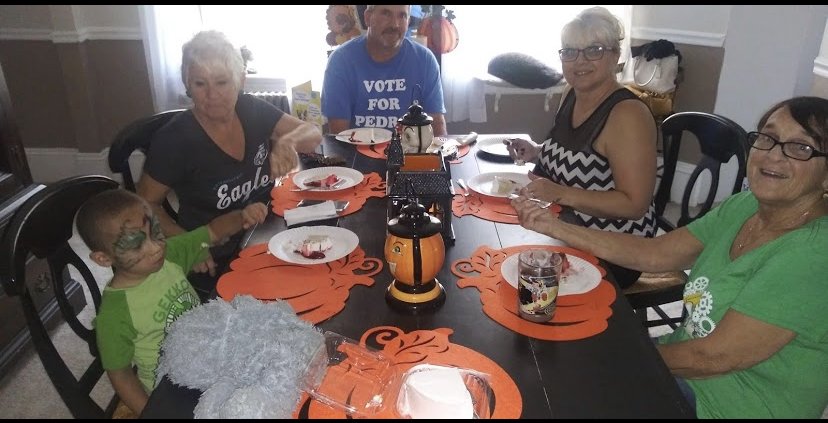 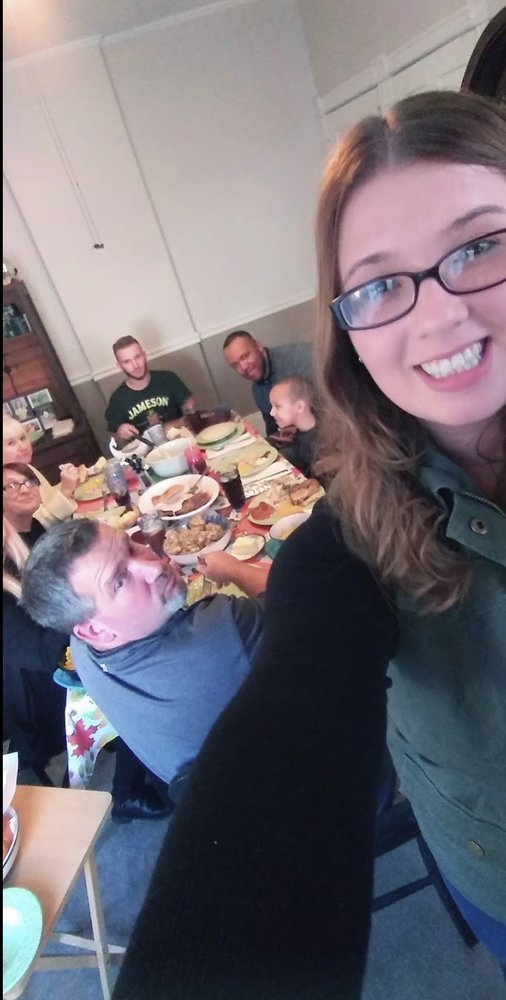 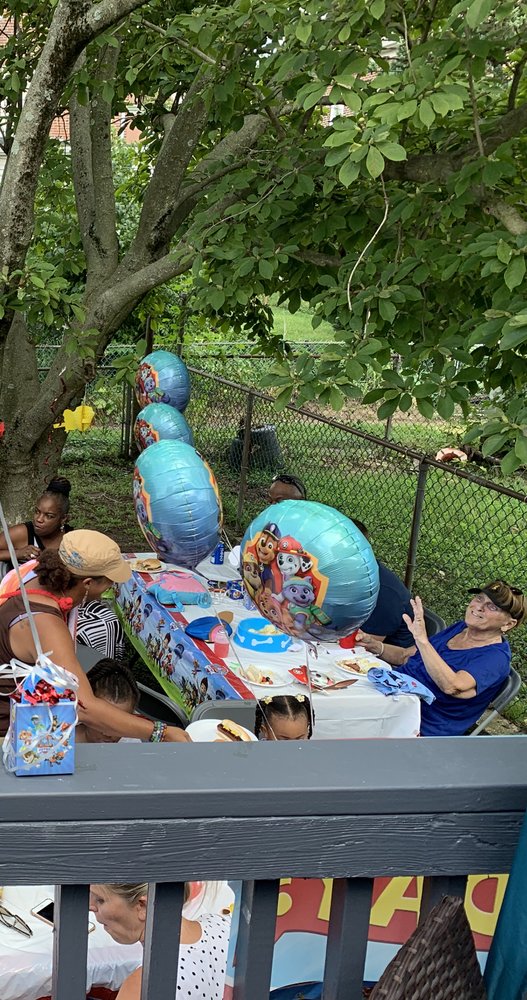 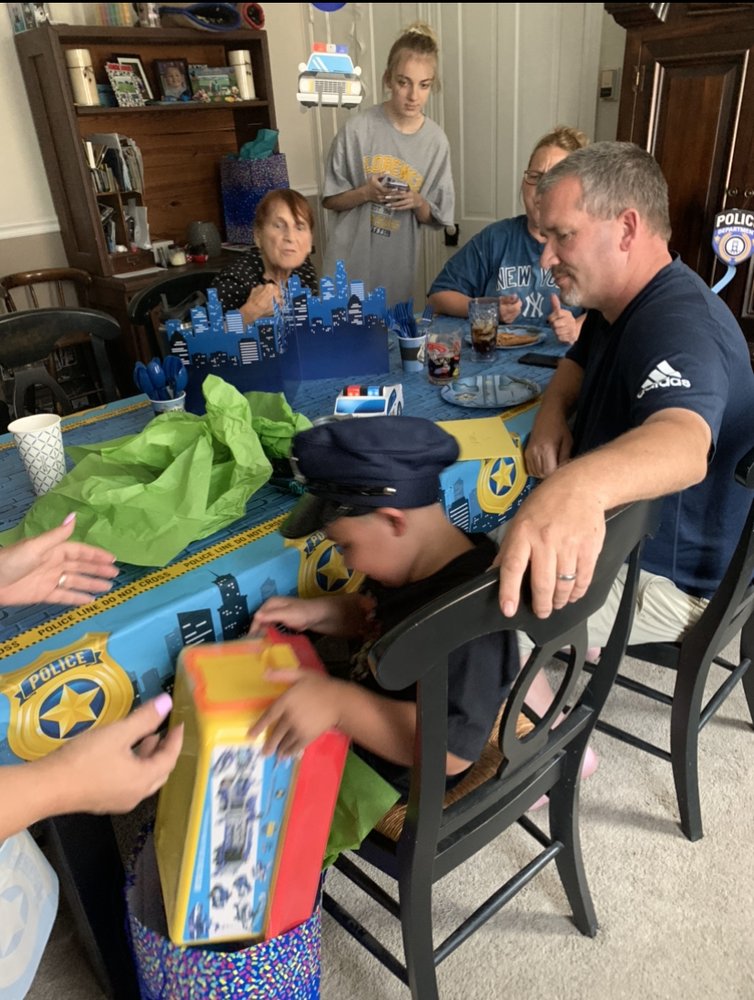 Nan was truly one of the sweetest women I’ve ever met. She welcomed my family into her own with arms wide open and never treated us any differently than her own and she will always hold a special place in my heart for that. I will sorely miss her bubbly and spunky personality and I know Carson will miss her hugs too I’ve attached a few pictures that I could find with her xoxo
Please wait
Share Comment
F
Fred Beach Posted Oct 15, 2020 at 9:40 PM
A true sweetheart. And kindness abounded in her. Will always remember the Holy Assumption CYO days and Kof C dances. You will be deeply missed. Peace and Love always
Report 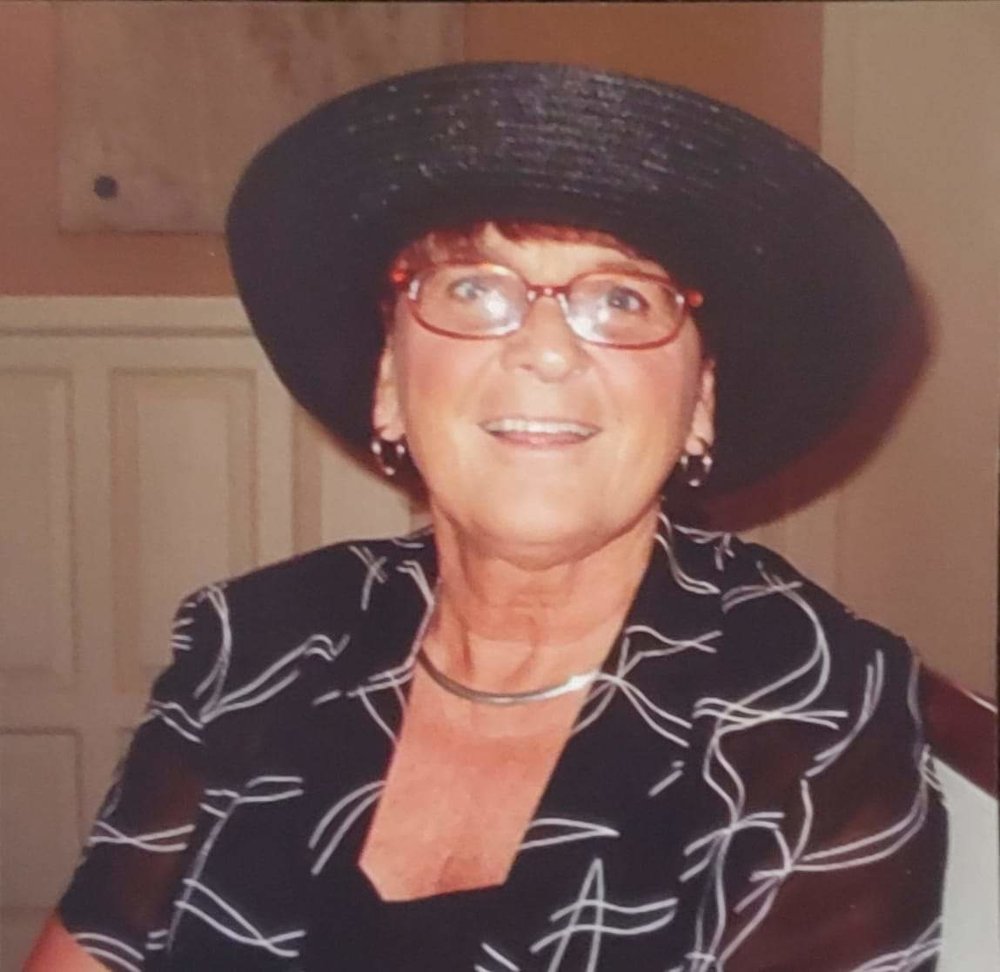 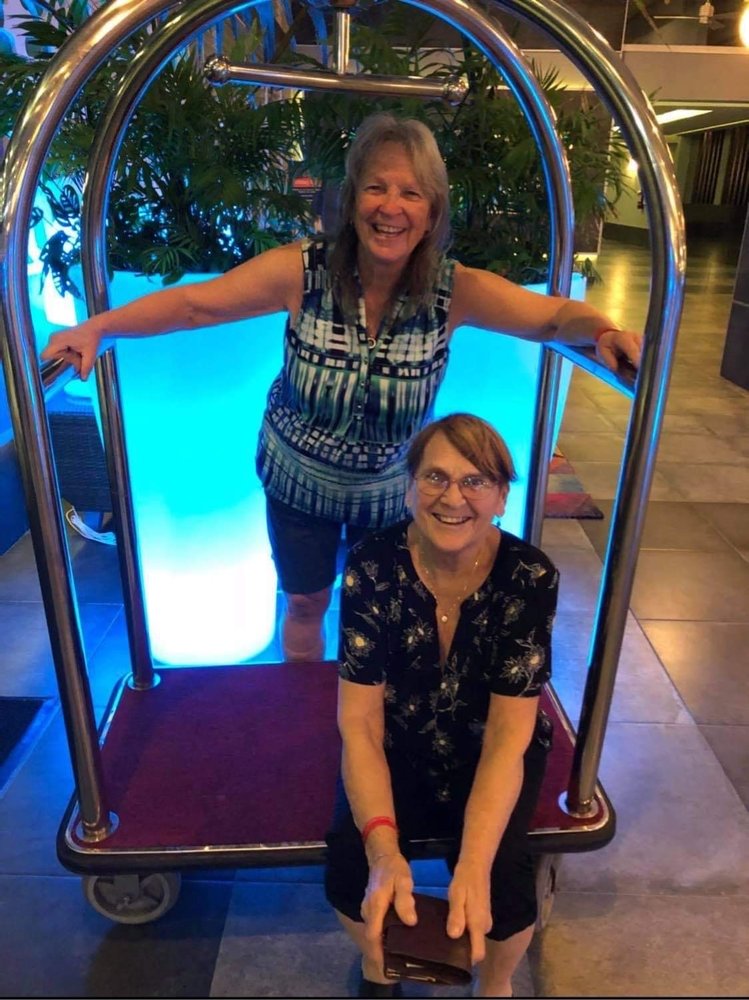 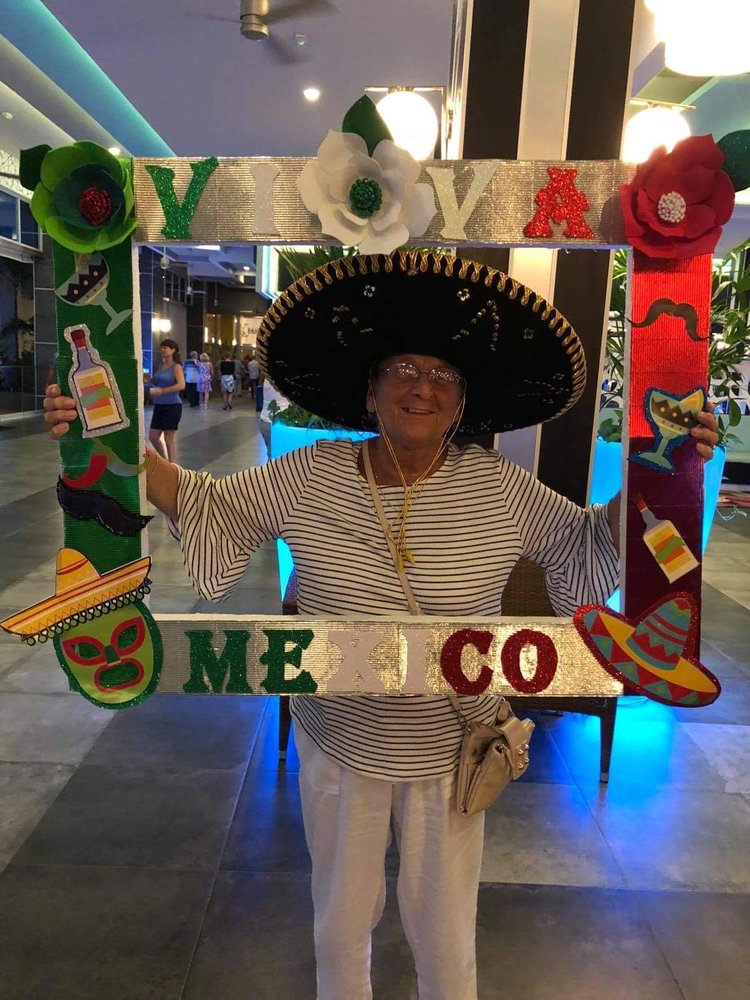 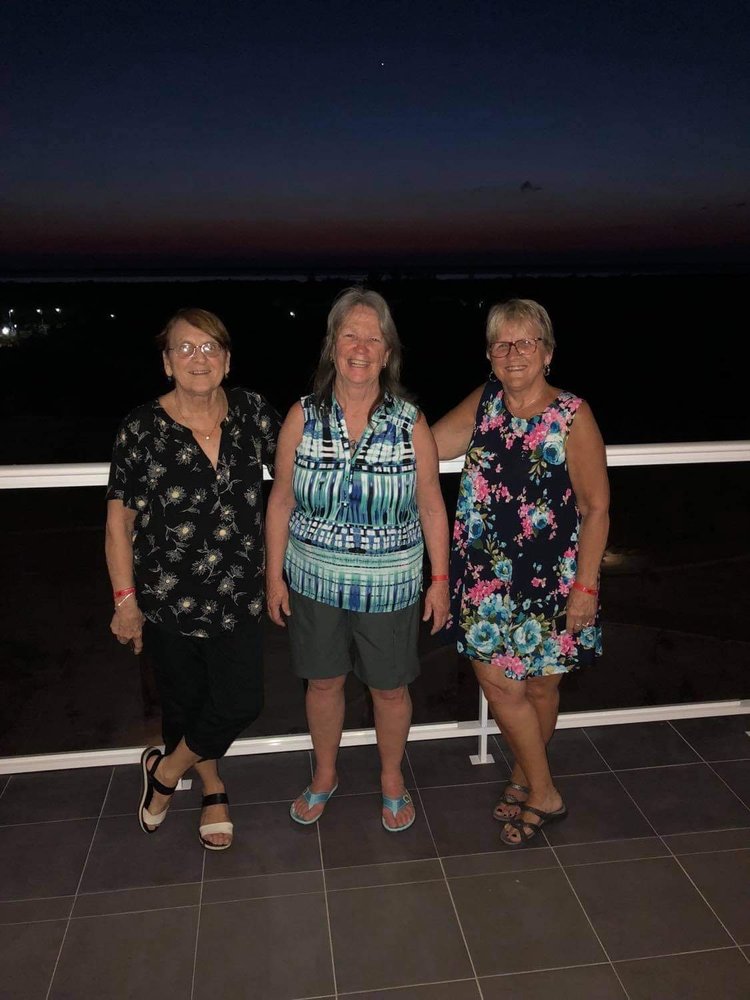 + 4
Some more photos of my mom and her friends and family. Thanks to my Aunt Sally and my mother’s dear friend Helen for these photos
Please wait
Share Comment
N
Nicole Marshall Gleisner uploaded photo(s) 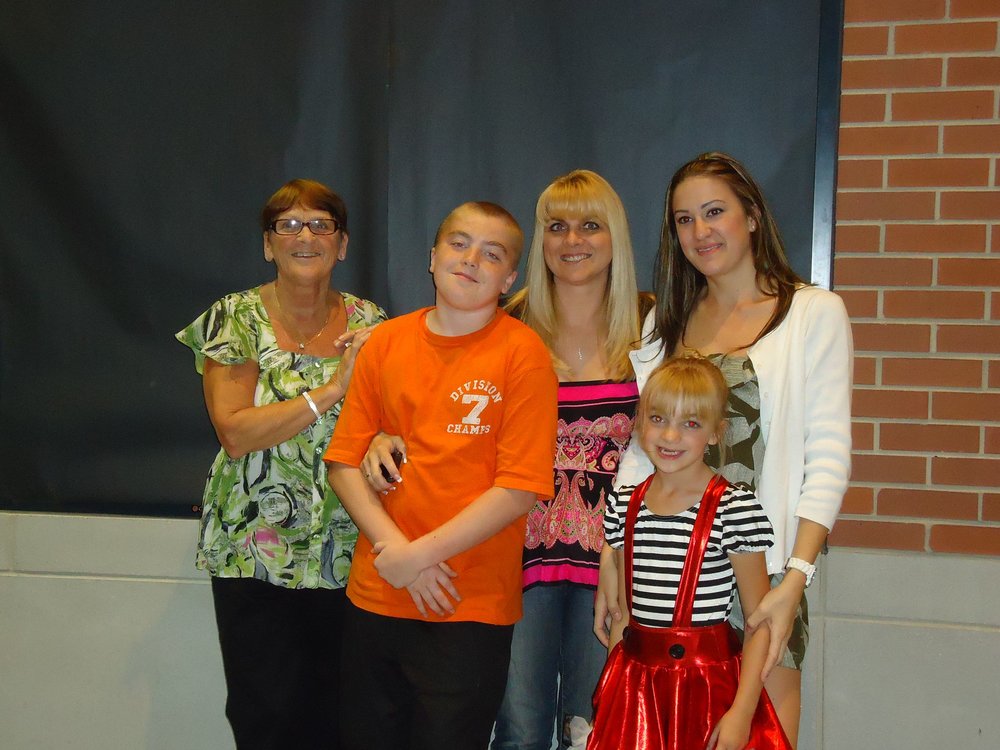 Charlene A Marshall posted a condolence
A piece of my heart left with you when you made your way to heaven. Hold it close to you Mom. You were the one constant in my life, always here for me. Take your zest for life and enjoy the heck out of your time with all your family and friends that were lost too soon. Give hugs and kisses to everyone for me. Me and Nicole will be fine, we were raised by the strongest Mother and Father. We will continue to make you proud and if I screw up, feel free to kick me in the butt. I know that while your earthly body has left us, your soul will live forever in our hearts. I love you Ma!
Please wait
Share Comment 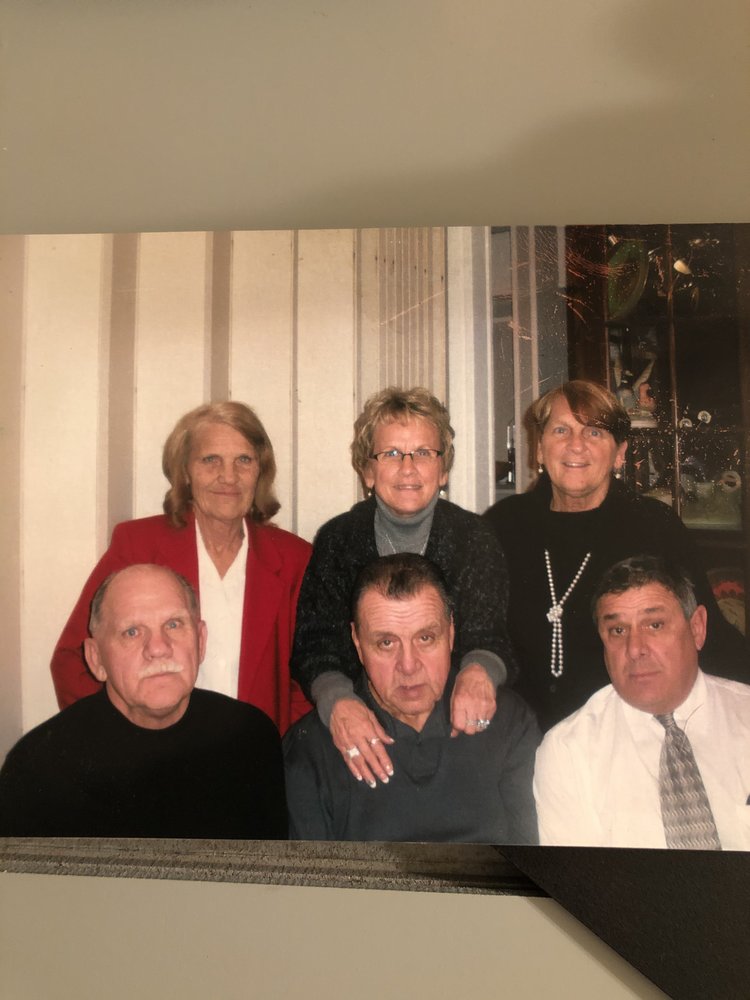 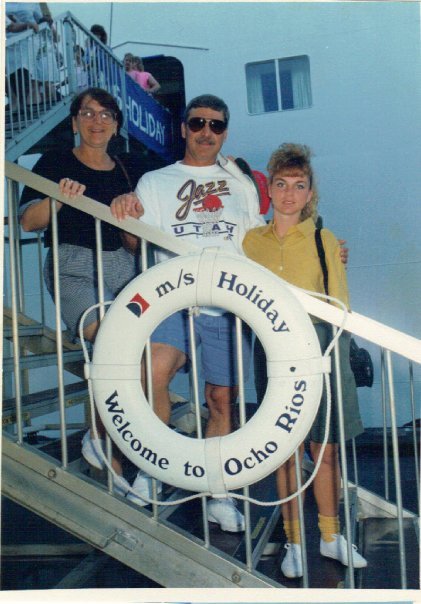 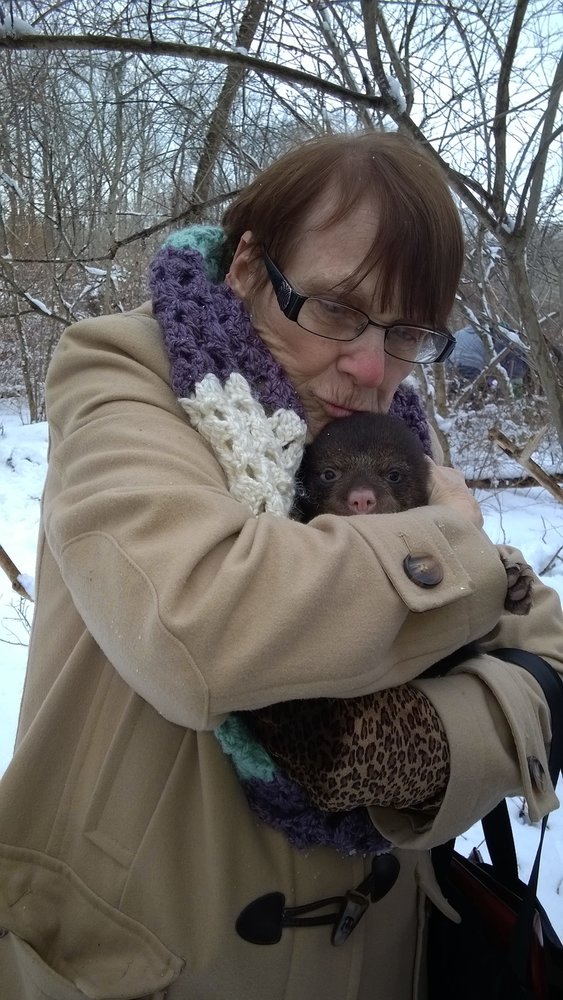 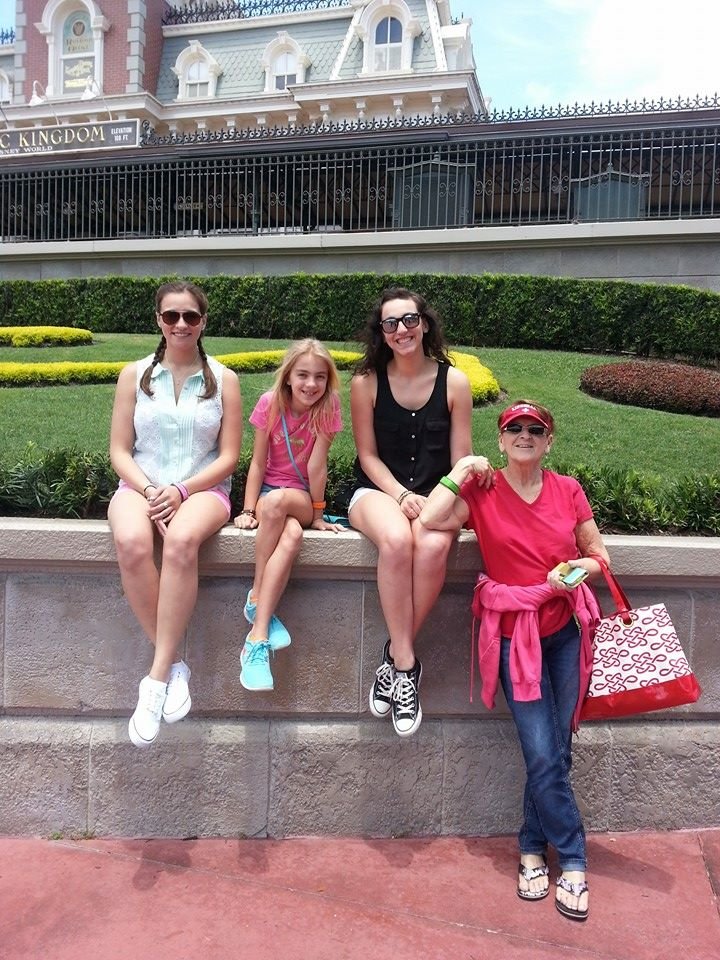 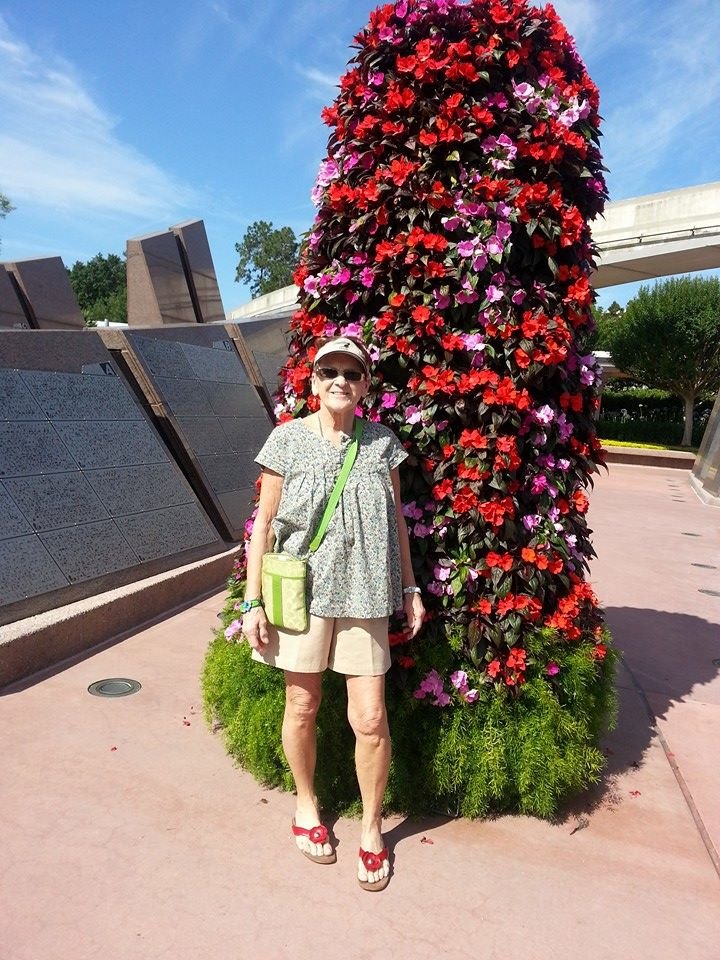 + 24
With a broken heart, I say goodbye to my mom. I am comforted in knowing that she is in Heaven with her family and friends that went before her. She loved me unconditionally. She also gave unconditional love to everyone that she cared about. She had my back no matter what. We could laugh or cry with everything in between. I will carry her memory with me for the rest of my life. I know that she will watch over and guide me. There will always be a hole in my heart that will never completely heal with her gone. Heaven gained the very BEST! Until we meet again, and I can give you the hug and kiss that I longed to give you before you went to Heaven. I love you always and forever! Nicole
Please wait
Share Comment
K
Kim posted a condolence
Wanted to let you know Pat and I donated to Dollywood in case they don't send notice. She was such fun...we had so many good times together. She is at peace in the Lord's arms. So sorry
Please wait
Share Comment
B
Barbara Hoglen posted a condolence
Barb will be missed not only by her family but her myriad of friends. I had the pleasure of vacationing with her on several occasions, always an adventure. Prayers for her family.
Please wait
Share Comment
T
A tree was planted in memory of Barbara Marshall

Barbara was a dear friend to Don and I, she will be missed! May she Rest In Peace and prayers for healing to her family and friends! Plant a Tree
Please wait
B
The family of Barbara A. Marshall uploaded a photo

Please wait
<< Previous Next >>
Share Your Memory of
Barbara
Upload Your Memory View All Memories
Be the first to upload a memory!
Share A Memory
Plant a Tree