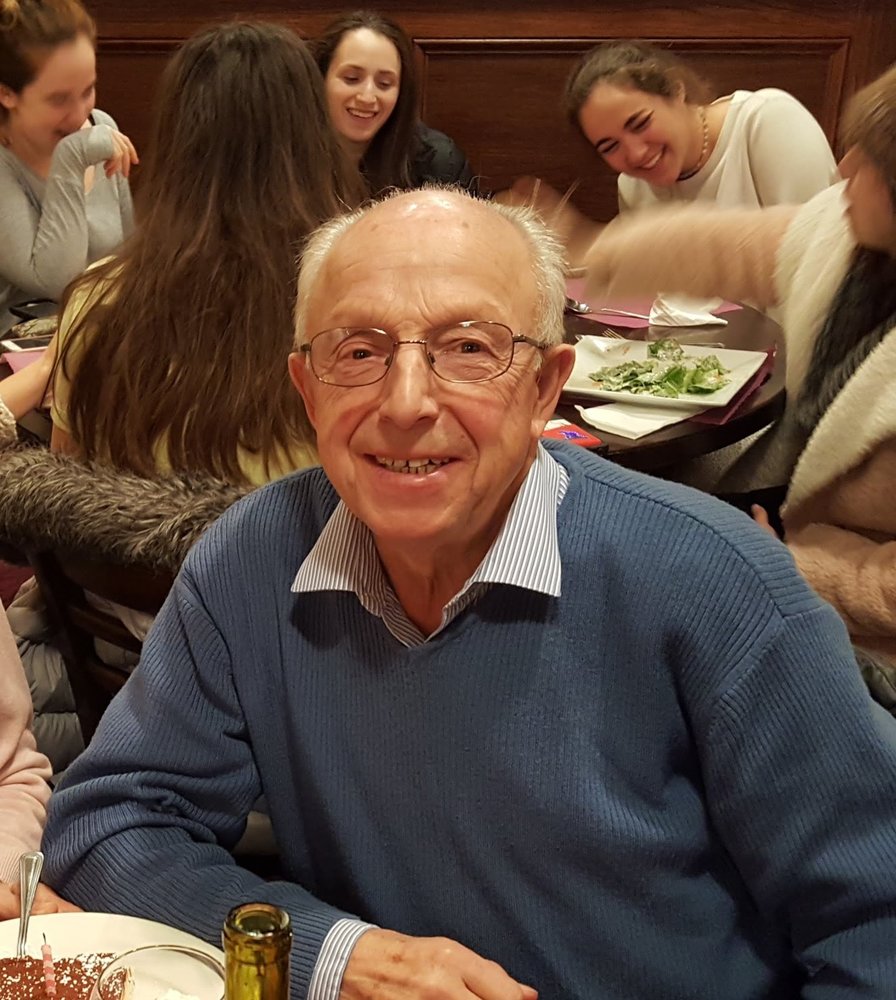 Please share a memory of Walter to include in a keepsake book for family and friends.
View Tribute Book
Walter Strzalka, 80, of Florence, NJ, passed away in his sleep at home on July 14, 2020. He was the beloved husband of 55 years to Sophie (Szmyd) Strzalka. He was born Wladyslaw Strzalka in Hlomcza, Poland to the late Walenty and Maria (Majko) Strzalka. An invitation from his late cousin and wife Peter (Petro) and Julia Chaniewycz of Lawrence Harbor, NJ, afforded Walter the opportunity to move to the United States in 1965, where he joined his cousin's family and worked with him at the ASARCO plant in Perth Amboy. Walter moved to Perth Amboy and was able to reunite with his wife and one-year-old daughter, later becoming homeowners for many years on Cortlandt St. Walter became an active parishioner at St Stephen's Roman Catholic Parish and its successor, St. John Paul II Parish, particularly with the Holy Name Society, the Nocturnal Adoration Society and the Knights of Columbus. When the ASARCO plant in Perth Amboy closed, Walter declined an offer from the company to relocate to Texas, preferring to remain in his adopted hometown despite economic uncertainty. The opening of the Middlesex County Vocational Technical High School in Piscataway provided a new opportunity for Walter where he joined the staff as a Maintenance Mechanic, working there for over 25 years until his retirement. He enjoyed keeping his home, car and garden running smoothly and looking just right. He was known for being generous with his skills and his time. He helped several members of his extended family to establish themselves in the US and join him in becoming naturalized citizens. In 2015, Walter moved to Florence to the home next door to his daughter and son-in-law, who along with his wife cared for him as his health declined. Walter loved to take long walks along the river, maintained a productive vegetable garden, and was an active member of both the Roebling and Florence Seniors Clubs, as well as Holy Assumption Parish. Above all, he loved spending time with his family. In addition to his wife, he is survived by two children Bernadette Pastore (Tony) and Joseph Strzalka (Renata), 5 grandchildren Brigitte (Chris), Kyra, Sophia, Sonia, and Kinga, two brothers Joseph Strzalka & Tadeusz Strzalka, one sister Irena Bednarczyk, and many nieces and nephews. He was pre-deceased by his brother Jan Strzalka and sisters Aleksandra Juchno and Czeslawa Olejarczyk. Relatives and friends are invited to his Funeral Mass on Saturday, July 18, 2020 at 11:00 AM at Holy Assumption Church, 1290 Hornberger Ave., Roebling, NJ. Please note that seating will be limited at the Church due to COVID-19 restrictions. The Funeral Mass will be recorded and available for online viewing. Visitation will be Saturday, July 18, 2020 from 8:30 AM until church departure at Koschek and Porter Funeral Directors 1115 Hornberger Ave., Roebling, NJ. Social distancing and gathering restrictions will be in effect. All visitors will be required to wear a facial covering and immediately return to their vehicles and leave the premises to allow for additional visitors to pay their final respects. Walter's family is grateful for everyone's cooperation. Burial will be private in Our Lady of Czestochowa Cemetery, Doylestown, PA. Condolences may be sent to www.koschekandporterfuneralhome.com
To plant a beautiful memorial tree in memory of Walter Strzalka, please visit our Tree Store
Saturday
18
July

Burial Will Be Private

Look inside to read what others have shared
Family and friends are coming together online to create a special keepsake. Every memory left on the online obituary will be automatically included in this book.
View Tribute Book
Share Your Memory of
Walter
Upload Your Memory View All Memories
Be the first to upload a memory!
Share A Memory
Plant a Tree