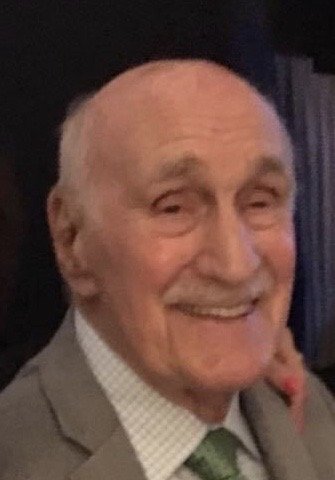 Please share a memory of Donald to include in a keepsake book for family and friends.
View Tribute Book

Florence Township: Donald R. Vivian, age 94 of Florence Township passed away peacefully on Friday at his home in the company of his loving family. Mr. Vivian was born in Patterson, New Jersey and was the son of the late Salvatore and Isabel Steinberg Vivian. He resided in Wyckoff and Robbinsville before moving to Florence Township 14 years ago. Mr. Vivian was a retired manager for Bell Atlantic with 40 years of loyal service and was also a career counselor for Mercer County Community College. He served his country with honor in the US Navy during World War II. Some of Donald's most memorable times were spent traveling with his wife Donna and relaxing on the beach on Marco Island and Hilton Head Island. Donald could see the humor in life's absurdities and was almost always able to share a witty pun or a good joke with family and friends. However, his most favorable times were spent enjoying quality family time. Mr. Vivian was a member of the Telephone Pioneers of America. In addition to his parents, he was predeceased by his brother, Eugene Vivian and is survived by his wife of 29 years, Donna M. Zappacosta Vivian, his daughter and her spouse, Melissa and Shawn Valenti and their family, his son, Edward Vivian and his extended family, Denise Paykos and Phil Reinhard, Alisa and Mark Theurer, Marissa and James Young, Noah, Dana, Wyatt and Ellie, 1 Niece and 1 Nephew. We remember in a special way his canine companion, Willa. Funeral Services will be announced at a future date. There will be no funeral services or visitation at this time. Condolences may be sent to www.koschekandporterfuneralhome.com

To plant a beautiful memorial tree in memory of Donald Vivian, please visit our Tree Store

There Will Be No Visitation or Funeral Services at This Time

Funeral Services and Visitation Will be Announced at a Future Time

Look inside to read what others have shared
Family and friends are coming together online to create a special keepsake. Every memory left on the online obituary will be automatically included in this book.
View Tribute Book
Share Your Memory of
Donald
Upload Your Memory View All Memories
Be the first to upload a memory!
Share A Memory
Plant a Tree