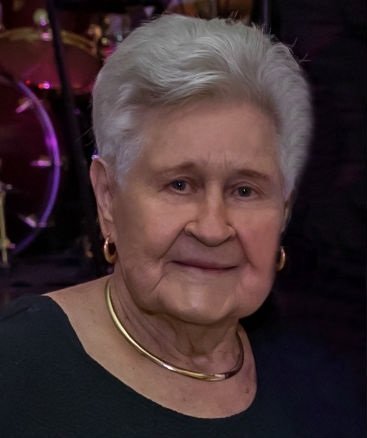 Please share a memory of Tamara to include in a keepsake book for family and friends.
View Tribute Book
Tamara Mostrowski, age 91 of Hamilton Township passed away on Friday, January 3, 2020 surrounded by her loved ones. Mrs. Mostrowski was born in Poltava, Ukraine in 1928 and was the daughter of the late Jakiv and Tatiana Kutovy. She resided in Hamilton Township since 1959 and lived in Brazil for 10 years prior. Tamara immigrated to the United States when she was 31 years old with her husband George and son Anatoli. Mrs. Mostrowski was a devoted wife and caregiver to her husband George and was an amazing mother to her three sons. She will lovingly remain forever in the hearts of all who had the good fortune to know her. Mrs. Mostrowski was a dedicated member of St. George's Ukrainian Orthodox Church in Yardville, serving as a devoted member of the Sisterhood. Tamara's passions in life were her family, keeping an expansive garden and cooking Ukrainian cuisine. In addition to her parents, she was predeceased by her husband, George Mostrowski and sister, Amelia Schuruk. She is survived by her three sons and their spouses, Anatoli and Tanya Mostrowski, Victor and Audrey Mostrowski, Alex and Ulyana Mostrowski, grandchildren, Melanie and her spouse Taos Slifer, Stephen and his spouse Ilona Mostrowski, Natalie Mostrowski, Leanna Mostrowski, Aleksandra Mostrowski and Michael Mostrowski, brothers and their spouses, Walter and Valentina Kutovy, Nick and Jennie Kutovy, Anatolij and Luba Kutovy and many nieces and nephews. Funeral services will be Thursday, January 9, 2020 10:00 AM at St. George's Ukrainian Orthodox Church, 839 Yardville-Allentown Road, Yardville, NJ. Friends may call Wednesday, January 8, 2020 from 6:00 PM until the time of service at the church. Panahida service will be 7:00 PM. Interment will be in Morrisville Cemetery, Morrisville PA. Donations may be made to St. George's Ukrainian Orthodox Church. Condolences may be sent to www.koschekandporterfuneralhome.com
To plant a beautiful memorial tree in memory of Tamara Mostrowski, please visit our Tree Store
Wednesday
8
January

Look inside to read what others have shared
Family and friends are coming together online to create a special keepsake. Every memory left on the online obituary will be automatically included in this book.
View Tribute Book
Share Your Memory of
Tamara
Upload Your Memory View All Memories
Be the first to upload a memory!
Share A Memory
Plant a Tree