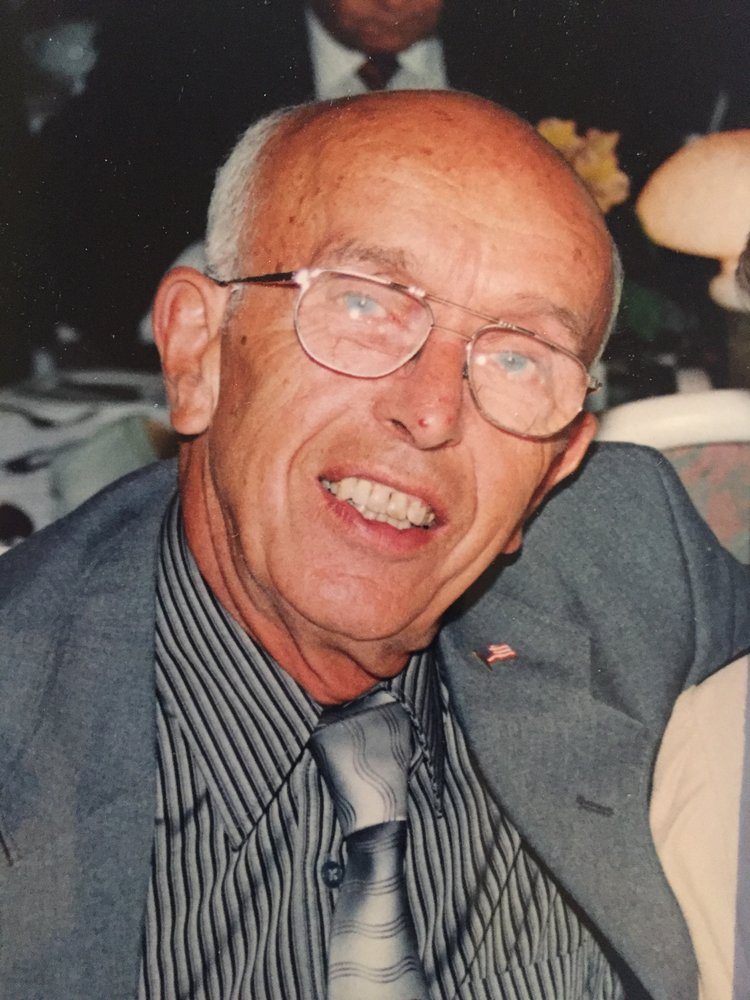 Obituary of John A. Muraglia

Please share a memory of John to include in a keepsake book for family and friends.
View Tribute Book
Gambrills, Maryland: John A. Muraglia, age 90 of Gambrills, formerly of Westfield, New Jersey and Homestead at Mansfield passed away on Monday, December 30, 2019 in the Household of Angels Assisted Living in Gambrills with his loving family at his side. Mr. Muraglia was born in East Orange, New Jersey and was the son of the late Joseph and Palma Rella Muraglia. He resided in Homestead at Mansfield and Westfield before moving to Gambrills four years ago. He was a Class A Tool and Die Maker for many years before his retirement and served his country with honor in the US Navy. John and his wife Barbara were actively involved in many of the Homestead at Mansfield activities and he also enjoyed playing a round of golf. John and Barbara were known for their love of dancing and continued to amaze their family and friends with their jitterbug dance moves. He will always be remembered for his great sense of humor and wonderful laugh. In addition to his parents, he was predeceased by his wife of 63 years, Barbara J. Giordano Muraglia who passed away in 2016 and siblings, Anna Bottone, Pierina Muraglia and Oronzo Muraglia. He is survived by his daughter and son-in-law, Susan and Michael Reilley and son and fiancé, Thomas J. Muraglia and Tatyana Dragomiretskaya, grandchildren, Jennifer Campbell (Keith), Lauren Main (Justin), Barbara Durieux (Jon), Lindsay Roark (Rick) and Devon Dahlin (Mat), great grandchildren, Jasmyn, Austin, Michaela, Madison, Aubrey, Mckenzie, Brady, Ava, Kaylee, siblings, Anna "Dolly" Muraglia, Vincent Muraglia, Vito Muraglia and many nieces and nephews. Funeral services will be held on Monday, January 6, 2020 at 12:00 PM at Koschek and Porter Funeral Directors, 1115 Hornberger Avenue, Roebling, New Jersey with Pastor Neill Tolboom officiating. Friends may call from 10:30 AM until the time of service on Monday. Interment will be in Brigadier General William C. Doyle Veterans Memorial Cemetery, North Hanover Township. In lieu of flowers the family requests memorial contributions be made to the Wesley United Methodist Church, P.O. Box 25, Columbus, New Jersey 08022. Condolences may be sent to www.koschekandporterfuneralhome.com
To plant a beautiful memorial tree in memory of John Muraglia, please visit our Tree Store
Monday
6
January

Look inside to read what others have shared
Family and friends are coming together online to create a special keepsake. Every memory left on the online obituary will be automatically included in this book.
View Tribute Book
Share Your Memory of
John
Upload Your Memory View All Memories
Be the first to upload a memory!
Share A Memory
Plant a Tree