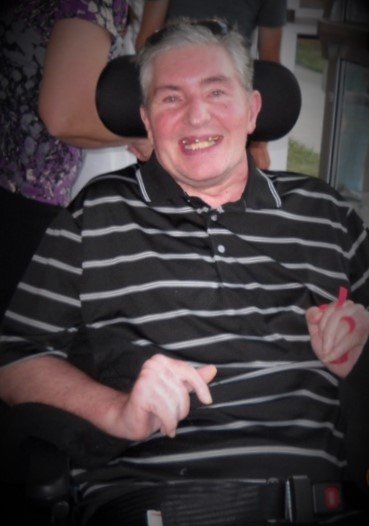 Mount Laurel: Stephen Paul Woodward, 66, of Mount Laurel, NJ, passed away at home on Tuesday, May 7, 2019, after an almost nine-year medical journey as a brain aneurysm survivor. Born in Mount Holly, Steve was raised in Riverside, NJ, where he attended St. Pete's and then graduated from Holy Cross High School in 1971, where he was a cross country runner and his fondest memories included working behind the scenes in Stage Crew. Besides being a father, one of Steve's greatest accomplishments was earning the rank of Eagle Scout in 1969 with Troop 25. After high school, Steve attended Mount Saint Mary's Seminary and Saint Hyacinths College and Seminary. Steve loved being on stage and played the stand-up bass in several bluegrass bands over the years: Cedar Creek, The Magnolia Road Band, and Full Moon Express. Steve married Beth Sabo-Woodward (HCHS '72) in 1989, and the two would have celebrated their 30th anniversary this December. Steve worked as an IT Specialist and helped run the Disaster Recovery Dept. at PHH Mortgage for over 10 years. He was a father of four: Zachary (30), Elizabeth (28), Rebecca (27), and Catherine (24) and just became a grandfather to his first grandchild, Nikolai Thomas, on May 5th. He was the VP of the BT Girls Softball Association and a coach to hundreds of girls for over a decade. "Play Hard, Play Smart, Have Fun!" was his motto both on and off the field. Steve was preceded in death by his mother, Patricia Woodward (nee Fairbrother), his father, Ridgway Woodward (Woody), and his godfather, Walter Fairbrother. Steve is survived by his wife Beth, his four children, Zachary (Jenn), Elizabeth (Tommy), Rebecca (Steven), Catherine (Matt), and his very first grandson, Nikolai. Steve is also survived by his siblings, David (Peggy), Ann (Steve), William (Charlene), and Patricia (Dennis), his godmother, Joan Mullin (Dr. Joe), his godchildren, Dr. Pamela Woodward Terranova, Jeremy Cottrell, and Jaimie Iwanicki, his "other brothers" Frank Sabo and Chris Tansey, along with many extended family members and friends. Family and friends are invited to Steve's viewing and visitation from 6-8 PM Tuesday, May 14, 2019 at Koschek and Porter Funeral Directors, 1115 Hornberger Ave., Roebling. Mass of Christian Burial will be celebrated 12 PM Wednesday, May 15, 2019 at Holy Assumption Church, 1290 Hornberger Ave., Roebling. Interment will be in Holy Assumption Cemetery. As Steve was a brain aneurysm survivor, he loved referring to himself as a "great teaching tool", so in lieu of flowers, memorial contributions may be made in Steve's name to Moss Rehab, 60 Township Line Road, Elkins Park, PA 19027 Attention: Office of Development Dr. Michael Saulino Project. Condolences may be sent to www.koschekandporterfuneralhome.com

To plant a beautiful memorial tree in memory of Stephen Woodward, please visit our Tree Store
Tuesday
14
May