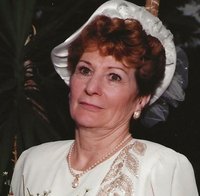 Alice C. Brenner passed away Monday, January 4, 2021 at The Voorhees Care and Rehabilitation Center, Voorhees Township. She was born in Brooklyn, New York and was the daughter of the late Walter and Corrine Plunkett. Mrs. Brenner was predeceased by her first husband Edward Howley, her second husband, George Brenner and daughter Kathleen Hornak. Alice is survived by daughter and son-in-law Patricia & Joseph Rinaldi, daughter Lori Howley, son and daughter-in-law, Edward & Bonnie Howley, son-in-law Stephen Hornak, step daughters Carla & Nancy Barr, 6 grandchildren and 5 great grandchildren. Mrs. Brenner resided in Voorhees and was formerly of Homestead at Mansfield in Columbus and Sayreville, New Jersey. For the most part of Alice's married life she was a homemaker. She enjoyed sewing and made thousands of Raggedy Ann and Andy Dolls which she gave away as gifts and sold them through her consignment business. Alice enjoyed traveling especially to Florida and savored her activities with friends at the Homestead at Mansfield Clubhouse. Funeral Services for Mrs. Brenner will be conducted privately under the direction of Koschek and Porter Funeral Directors, Roebling. Condolence may be sent to www.koschekandporterfuneralhome.com