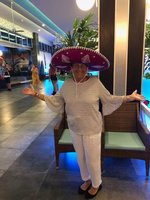 Barbara A. Marshall of Florence, New Jersey passed away in God's loving and eternal arms on October 11, 2020. Barbara was born on February 27, 1944 to the late Raymond T. Krause and Lillian C. Kimble. Barbara was employed with the State of New Jersey, Department of Environmental Protection for more than 31years. In her early years, she was involved with the Holy Assumption School PTA and the CYO Basketball. She was an avid reader and loved to travel. One of her favorite destinations was Walt Disney World. She was predeceased by her brothers, Samuel Krause, Raymond T. Krause Jr. and Anthony Krause and her sisters-in-law Emily Krause and MaryAnn Krause. She is survived by her husband of 52 years Charles (Butch) Marshall and beloved daughters and son-in-law Charlene A. Marshall and Nicole and Mark Gleisner. She is also survived by her loving grandchildren Ryan Snook, Casey Snook, Samantha Gleisner and Aaron Gleisner and her great grandchild Carson Bronner. She also left behind her sisters, Maria Neus and Lillian Krause, her brothers, Walter Krause and Paul Krause (Sally) and her sister-in-law Irene Krause and many, cousins, nieces, nephews, dear friends, and her dog Buddy who was her constant companion and protector. In honor of Barbara's love of reading and belief that every child should have the opportunity to access books, we are asking that in lieu of flowers you donate to the Dolly Parton's Imagination Library, 111 Dollywood Ln, Pigeon Forge, TN 37863, https://imaginationlibrary.com/ Funeral services will be private. There will be no calling hours. Condolences may be sent to www.koschekandporterfuneralhome.com