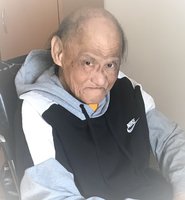 Florence Township: Dr. Lamberto V. Flores, age 82 of Florence Township, NJ, passed away Saturday, April, 18, 2020 surrounded by his loving family in the Mercerville Center. Dr. Flores was born in Manila, Philippines and was the son of the late Domingo and Natividad Villarino Flores. He was a graduate of the University of Santo Thomas with a Doctorate in Medicine. Before his retirement, he was the head doctor at Doctors' Hospital in Staten Island, New York and was also employed in several other healthcare facilities as well as in his private practice. He is survived by his loving daughter & son-in-law, Anne Marie and Jeffrey Glasser with whom he resided, his wife, Feliciana Flores, his grandchildren, Jeffrey Glasser and Alexandria Flores and his son and daughter-in-law, Lamberto and Karen Flores. His funeral services and final disposition will be held privately at Hollywood Memorial Park Cemetery, Union, NJ.