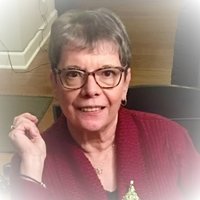 Florence, Janet M. Sides, age 64 of Florence, pass away Saturday in Virtua Our Lady of Lourdes Hospital, Camden. Janet was born in Trenton and was the daughter of the late Anthony J. and Margaret Yuhasz Luyber. She was resident of Florence and was employed as a Property Management Specialist for Super Fresh and Burlington Coat Factory. Janet was 1973 graduate of Florence Township Memorial High School and supported Florences Flashes Athletics. She also was a Philadelphia sports fan, enjoyed the ocean, relaxing on the beach, spending time with her kitty, Molly and especially savoring time with her family. Janet was predeceased by her husband Richard Sides, Sr., sister & brother-in-law Barbara & Stephen Pinter, and brother, Ronald Luyber. She is survived by a brother & sister-in-law Steven & Marilyn Luyber, sister-in-law, Janice Luyber, stepchildren, nieces and nephews. Funeral services will be announced in the near future. Arrangements are being completed by Koschek and Porter Funeral Directors, 1115 Hornberger Ave., Roebling. Condolences may be sent to www.koschekandporterfuneralhome.com